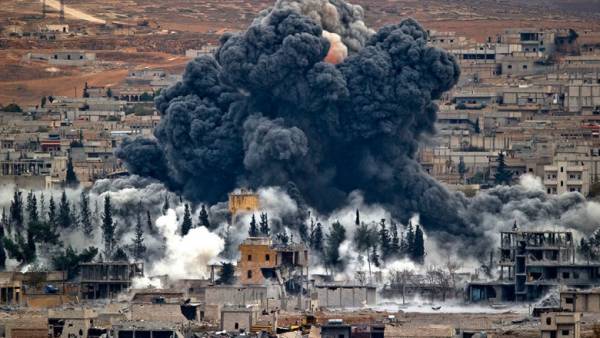 Pro-government forces in Syria once again tried to break into the area of oil and gas fields in Deir-ez-Zor, but retreated after the damage caused on the eve of the strikes of the U.S. air force. About it reports on Tuesday, the Turkish news Agency “Anadolu”.

Agency correspondent in Deir ezzor reported that four days ago, “the Pro-Iranian group” became controlled by the Syrian Kurds of the democratic Union Party (DUP) district Salihiya and subjected to rocket and artillery shelling of the area of the gas field “Koniko,” and then seized 22 oil and gas fields.

Before 23:00, the U.S. air force launched strikes on the positions of groups in the area Salihiya, after which they were forced to retreat, the Agency said. It recalls that the first such attempt was made by Pro-government forces in early February. If the aircraft of the U.S. air force also struck him a blow.

In the province of Deir ez-Zor on the border with Iraq is the largest oil and gas fields of Syria. 11 fields located on the East Bank of the Euphrates river, which divides the province into two parts.

Ankara believes that the Syrian Kurds from the PDS associated with the announced in Turkey the terrorist Kurdistan workers ‘ party.

The fire on 7 February