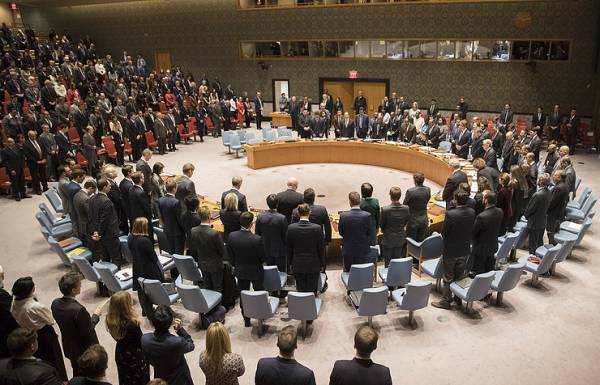 UN 26 Feb. /TASS/. Russia on Monday blocked the adoption of uncoordinated draft resolution on the extension of the sanctions regime in Yemen, which contained accusations against Iran of illegal deliveries of weapons to rebels – Houthis. Immediately after this vote was passed the Russian version of the document, which was adopted unanimously.