The Russian archives, told about the fate of the Bialowieza bears

Although the attempt to return to Belovezhskaya Pushcha is the largest predator of Europe did not succeed, the experience will help to make environmental activities more effective. 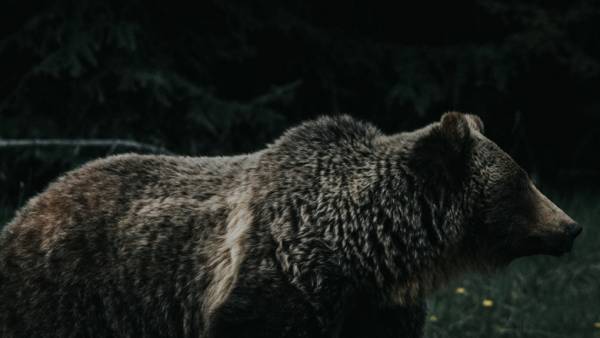 A team of Polish zoologists and the Russian historian of science Anastasia Fedotova (St. Petersburg branch of the Institute of history of science and technology) reviewed the history of the return of the brown bear (Ursus arctos) in the Bialowieza Forest — a protected forest area on the territory of modern Poland and Belarus. They have identified which mistakes have reduced the success of return (reintroduction) of this animal. A scientific paper published in the journal Conservation Biology.

The researchers studied Russian scientific and historical archives, and the records stored in the Bialowieza national Park is part of the territory of Belovezhskaya Pushcha, which is owned by Poland. They systematized all the available information about the number of brown bears in the forest over the past three centuries, and also examined how these predators consisted of people in different years.

As found by the authors of the article, a brief history of the brown bear in the Bialowieza forest as follows. At the end of the XVIII century the Forest became part of the Russian Empire, and the decree of the Polish king, forbidding hunting there, was canceled. Russian nobility began to actively get in the Belovezhskaya Pushcha game, including bison. It was believed that the bears greatly reduce the number of bison and thus interfere with the aristocracy to enjoy the hunt. Under this pretext, foresters and poachers have become active to destroy the brown bears.

Later, in the nineteenth century, these animals were killed because they prevented the apiaries — collectors of wild honey, popular in those days a profession. For shooting brown bears relied a cash reward.

As a result, in 1879, the year in the forest died the last representative of this species. To 1919-th due to the intense hunting had disappeared and the catch of the day bears — bison.

However, after ten years, they began to breed successfully again. Quickly enough the question arose about how to regulate the number of bison in a natural way — with the help of bears.

In 1918, the year Poland gained independence, and the whole territory of Belovezhskaya Pushcha was included into its composition. By the end of 1930-ies Polish zoologists decided to take a few attempts to return of brown bears in native forests. In November of 1937 in the Forest brought Lola, a pregnant female from Poznan zoo. She gave birth to two cubs. Lola was kept in a cage continuously, and bears could escape from it through the bent rods, through which the adult animal is not creeping. Some time after that as a grown up young Lola stopped through the slit back to her mother, they left her in the forest. In the next few years, they have repeatedly seen.

Almost simultaneously with this, in 1938, to the next compartment of the same cells placed four semi-manual cubs, purchased in Belarus. They were fed two specially appointed to him. Bears accustomed to the staff of the national Park, and after being released, repeatedly approach people to beg for food. Sometimes they become aggressive and could hurt. In two animals was sent to Warsaw zoo, one was killed, but the fourth remained in the wild and not suited to people. The same thing happened with four other cubs a little later.

And in 1939, the year when Soviet troops entered the territory of Belovezhskaya Pushcha, Lola released from the cells, and the reintroduction program was canceled.

By 1947, the year presumably all of the Bialowieza bears destroyed the locals and poachers.

The authors conclude that the main reasons for the failure of reintroduction of brown bears in Belovezhskaya Pushcha became two factors — the release into the wild animals are accustomed to human society, and early in 1939 the year the Second world war. Probably, if not military action, the number of large predator would be able to raise. However, when campaigns for the reintroduction of large animals in the future, it is worth considering what to release into the wild of individuals who are not afraid of man, is meaningless.

After 1937-1938 attempt to reintroduce bears in the Bialowieza Forest have never been made. At the moment there is no one constantly living in there brown bear. A trace of the animal near the village close to the Belarusian part of the Belovezhskaya Pushcha ñ that is, outside of the national Park “Belovezhskaya Pushcha” — last seen in 2003-m to year. In the Polish segment of the protected areas bear traces were found in 2010 year, and after that until now was not found.