Slutsky said that the right to sue for harassment

The Deputy of the state Duma from LDPR Leonid Slutsky stated that it reserves the right at any time to sue for allegations of harassment to journalists. 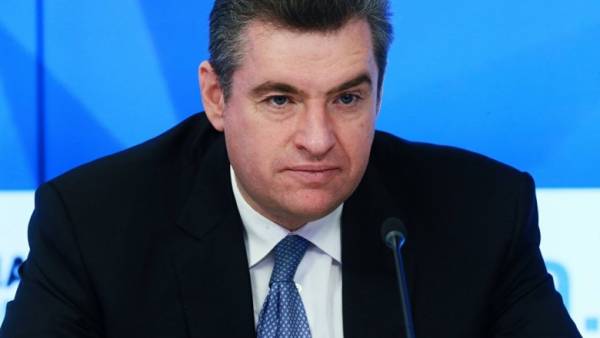 “In this case is not about harassment. Everyone who at least I no know, I imagine I’m hardly capable of such actions. All the more strange — this has already been said by my colleagues — that it is a year even with the extra came out of nowhere, because they are virtual, anonymous speakers of these attacks suggests that it was a long time ago. Therefore, it is a provocation to fly in the ointment to my reputation,” — said Slutsky RIA Novosti.

The politician said that this whole situation arose “before the elections”, in connection with what he believes is “just gross technique during the election campaign.” The MP also stressed that, nonetheless, refers to such charges “calmly, philosophically”.

“They waited a year. I also reserve the right to file a claim at any time when it deems expedient. Now any action is just grist to the mill of those who would like to inflate such a scandal… we Will continue to work and engage in professional activities. This situation is artificial in itself and I think the same way she will”, he concluded.

Informed the correspondent of TV channel “Rain”, working in the state Duma, during the broadcast with the leader of LDPR Vladimir Zhirinovsky said that the member of fraction “adheres to the female journalists”. As explained by the correspondent, we are talking about the Deputy Leonid Slutsky. On the website of the TV channel reported that two journalists working in the state Duma, on condition of anonymity, said “Rain” about the harassment by the MP. Zhirinovsky, the TV channel said that the first time hears about it, does not consider such behavior normal, and promised to talk to Slutsky about this topic.

The head of the Duma Committee on international Affairs called slander made against him the charges and expressed confidence that the leadership of the state Duma will understand the situation. The MP said that attempts to make it a “Russian Harvey Weinstein” like a cheap and shoddy provocation and are doomed to failure.

Vice-speaker of the state Duma Igor Lebedev, in his turn, said that the liberal democratic party on March 1, the Council of the state Duma will raise the question about deprivation of accreditation in the lower house of Parliament all the representatives of the TV channel “Rain” after the media has published allegations of harassment to the journalists of the parliamentary pool side Slutsky.

In response, the acting chief editor of TV channel “Rain” Alexander Perepelov expressed hope that Lebedev instead of “to threaten journalists” withdrawal of accreditation will conduct the investigation against you.