Prosecutors in South Korea requires for ex-President Park Geun-Hye, who was arrested in April last year on charges of corruption, imprisonment for a term of 30 years, reports Yonhap news Agency. 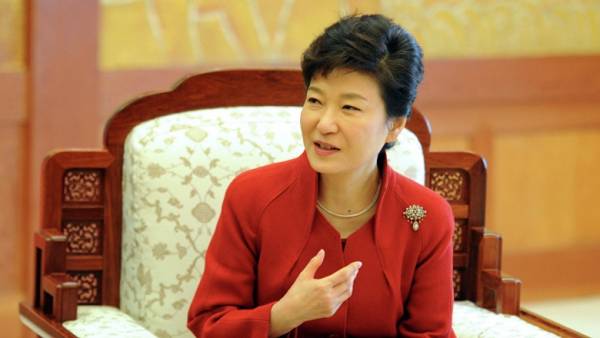 Corruption scandal in South Korea erupted in October 2016, when in a press there were messages about getting a large South Korean corporations, including Samsung, support for the government in exchange for large sums of money in the funds created by Choi sung-SIL — a friend of ex-President Park Geun-Hye. Not occupying public office, she interfered in the Affairs of the presidential administration and received the benefit of using high.

Park Geun-Hye was arrested in April 2017. She was indicted on 18 counts, including corruption, bribery, abuse of power, as well as in the disclosure of government information. Park Geun-Hye was ousted from government 10 March the constitutional court. New presidential elections took place on 9 may, it was moon Jae-In.

Earlier in February, the court of South Korea sentenced a close friend, Park Geun-Hye Choi sung-SIL to 20 years in prison on charges of corruption and interference in the political Affairs of the country. She will also have to pay a fine in the amount of 18 billion South Korean won (about of 16.56 million). The head of the Corporation Lotte Group Shin Dong-Bin was sentenced to 2.5 years in prison.