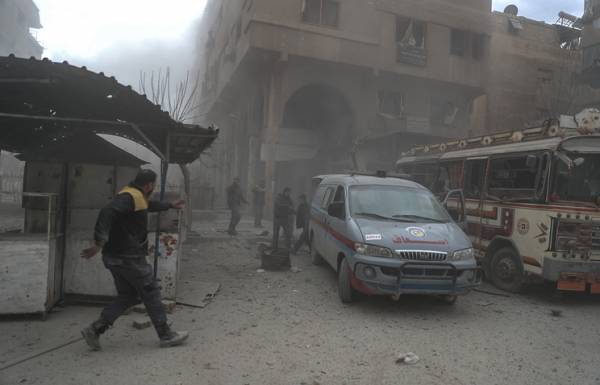 MOSCOW, February 26. /TASS/. The militants released over the past week from the areas of Eastern ghouta on residential areas of Damascus, 228 mines and shells. This was reported to journalists by the head of the Center for conciliation of conflicting parties (part of RF Ministry of defense) major-General Yuri Evtushenko.