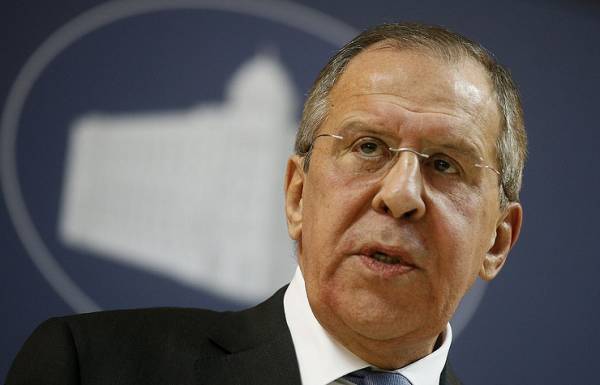 BELGRADE, February 22. /TASS/. The Minister of foreign Affairs of Russia Sergey Lavrov concluded on Thursday a working visit to the Serbian capital and comes back to Moscow.

Despite the fact that the head of the Russian depodesta arrived in Belgrade the night before, his working program was very busy. So, the Minister took the first dignitaries of the Republic, he held two press conferences and participated in several cultural events, and even addressed the students of the Belgrade University.

At the airport Lavrov met his Serbian counterpart Ivica Dacic. There, in the VIP room, the foreign Ministers held a short conversation, starting with discussion of bilateral relations or anti-Russian sanctions, and soccer, which is known to be very fond of the Russian Minister.