The President may address a message to the Federal Assembly, not the Kremlin

Press Secretary of the President Dmitry Peskov reported that the President’s address to the Federal Assembly will be held on March 1. He confirmed the date announced on the eve of the co-Chairman of the election headquarters of President Aleksandr Rumyantsev. 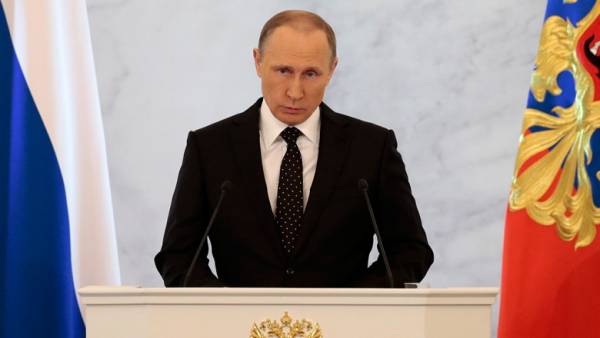 While delivering the message that is transferred from 2017 for the period of the election campaign, will impose its mark on the format. As told “Kommersant” sources close to the presidential administration, unlike previous annual message, which contained the work plan for the coming year, for the first time Vladimir Putin will deliver an address that will “cover the six-year period.”

Unlike past years delivering the message to the Federal Assembly this year will be in the St. George hall of the Kremlin, and in the Big Arena.

Location “emphasizes the different nature of the message — to all civil society, and not just “blazers””, explained “Kommersant” the idea of the interlocutor in the Kremlin.

In addition to the members of the Federation Council and state Duma deputies for the presidential address is expected to a wide range invited. At the headquarters of Vladimir Putin confirmed “Kommersant” that the invitees can be trusted persons of the candidate, however stressed that they will not attend in that capacity, but as members of Public chambers and public figures, because the message “is constitutional”. “It will still be working the event the President, not the election campaign of the candidate”, — explained “Kommersant” in the headquarters.