Credits dissolved into the mineral water. Completed case on embezzlement of funds of the savings Bank

As it became known “Kommersant”, the investigative Department of the Russian interior Ministry has completed the investigation and filed the charge in definitive edition to the former beneficiary of the group of companies “Visma” Valery Geryugova, whose structures produced mineral water “Arkhyz”. Together with it on criminal case about roguish plunder of means of the savings Bank, received loans totaling about 2 billion rubles., are two former top-Manager of “Visma”, one of which is wanted. 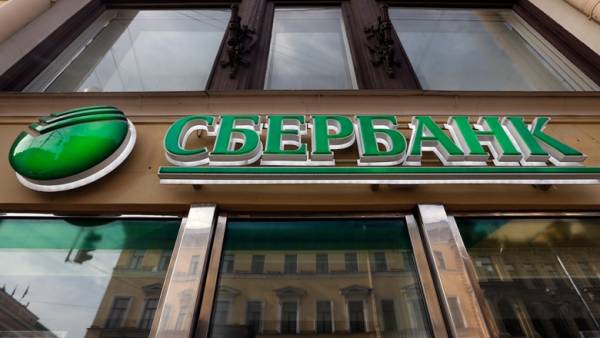 According to Kommersant, on Tuesday evening in the premises of the investigation Department of the MIA in the Newspaper lane, investigators have charged Valerie Geryugova in the final edition of fraud in lending in especially large size (part 4 of article 159.1 of the criminal code), which provides for up to ten years of imprisonment. In addition to his similar charge, investigators have also charged two former Executive Directors of the company Lyase Doroshenko and Ulan Borlakova. It should be noted that businesswoman is under recognizance not to leave. Meanwhile, Mr. Burlakov managed to escape from the investigation, was declared the Federal wanted list, and therefore he was charged in absentia.

According to investigators, Valery Geryugov in 2012-2014 by means of its top managers and some “unidentified consequence of persons” received from Sberbank loans worth 1.8 billion rubles to replenish working capital and purchase new equipment.

Initially the mortgage payments were made, but at the end of 2014, the borrowers ceased to service its debt.

According to the interior Ministry, soon after, the borrowers, as guarantors, were part of the group “Visma” has begun procedure of bankruptcy. As the initiators of the bankruptcy was the firm allegedly controlled by Valery Geryugova, it is possible to assign “friendly” interim managers took advantage of the situation by tightening the procedure of observation for more than a year and a half, and during that time to bring the main capacities and assets “Vimy”. In particular, during searches on the site allegedly affiliated with Valery Geryugova company “Sofiyskiy glacier” was discovered and the main production equipment “Vimy”, being in pledge at PJSC “Sberbank”, that have been removed from the company.

Thus, according to the investigators, the loans from Sberbank were obtained by “the use of distorted financial statements”, and then huge amounts were simply stolen through sham transactions and shell companies.

It should be noted that Valery Geryugov well known as a prominent businessman, started selling in 1980-e years after his dismissal from the Soviet army. He tried different fields, but the main and favorite creation of his was the mineral water — at first it was a question of “Yessentuki” and “Narzan”, but then became the main brand “Arkhyz”, named for the high mountain source and has quickly gained popularity among customers.

Some time ago, the heads of the savings Bank wrote to the law enforcement authorities a statement about the fraudulent theft of their credit facilities — about 1.8 billion rubles.

In April of last year Valery Gergov was detained in Moscow by field investigators Guebipk interior Ministry, against him opened a case, and with the sanction of the court, he was placed under house arrest.

Lawyer Valeria Geryugova Michael osheroff confirmed to Kommersant the fact of being charged in the final version. He stressed that his client still does not recognize his guilt. “We don’t really understand how the investigators could bring charges, when still not completed by the assigned investigator financial and analytical expertise,” said Mr. osheroff. He also noted that the final version of the number attributed to his client criminal episodes was reduced from seven to three, although the amount of damages remains the same. “Valery Aslanbekovich (Geryugov.— “B”) believes in his innocence, he wrote several times to allegations against him of the crimes as investigators, and business Ombudsman Boris Titov, but the answers nowhere has not yet received,” — said Mikhail Osherov.

With reference to his client he said his version of events: in respect of a businessman artificially opened a criminal case, which was only to take away his main asset — JSC “Visma”, where he was listed as the co-owner and CEO.

Anyway, after his ouster and arrest the production of “Arkhyz” was renewed, but other entrepreneurs, bought the debt “Vimy” from Sberbank. The Bank, which is recognized as a victim in a criminal case, promptly provide comments are unable.