Additional payments for seniority and children. What pension bombshell turned out to be wrong?

Supplement to the pensions for employment or marital experience, for the title of “Veteran of labor”, children and education, abolition of pensions to wealthy retirees, raising the age of retirement — when to expect? 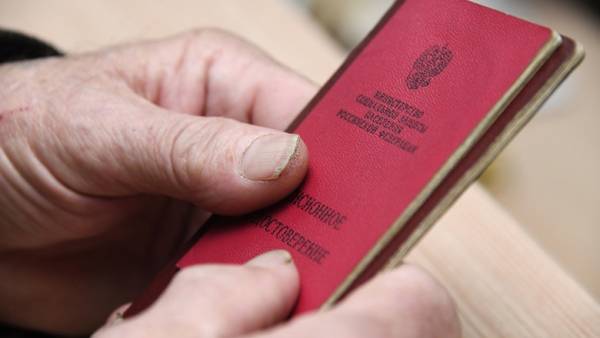 Lately that every day, then comes out of retirement “sensation”. The pensioners are promised a new Supplement, it scares them a reduced payout. The AiF understood that from the recent news about the pension is true and what is not.

“Working pensioners with high salaries will be deprived of pensions. We are talking about people with an annual income of over 1 million rubles. and with salaries that exceed the regional average in 2,5 times”. This news in early February was seriously excited for working pensioners. The government and the FIU immediately said that no law on the abolition of pensions, wealthy pensioners no. Although, not hide, such plans were…

A few years ago, the Finance Ministry proposes not to pay pensions to those who have income greater than 500 thousand per year (41,6 thousand), and the Ministry — those with more than 1 million rubles per year (83,3 thousand roubles a month). But the decision was postponed.Eugene Getmixerproviders HSE

Pension working not canceled, but indexing for the work do you can lose. That’s the kind of story told readers “AIF” from Penza, doctor of agricultural Sciences Alexander Statsenko: “To retire I went in February 2017, and then a long 4 months waiting for allocation taking into account two missed indexation. Lost nearly 4 thousand! Then it was even more interesting: I participated in the dissertation Council at the Penza belgosuniversiteta, received a fee of 800 rubles. And what do you think? FIU thought I was working, and January 1, I have not indexed the pension! It turns out that if non-working pensioner will write a note in the newspaper for $ 100 or somewhere to earn some money for a penny, then he will lose his pension!”.

In addition, there are benefits, which also rely idle. For example, “the additional monthly material subsistence for outstanding achievement and merit” Heroes of socialist labor, Heroes of Labour of the Russian Federation, laureates of state prize of the USSR and the Russian Federation, awarded the order “For merits before Fatherland” etc. Surcharges range from 12 to 25 thousand rubles. per month, but if the retiree to earn some money, he can’t have them.