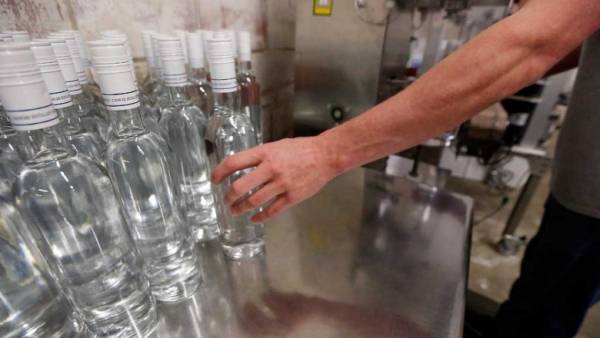 Usually Russian are bad guys. Men are brutal and women sexy and dangerous. Where did the stereotype about Russian cool guy? Part of it is that the Russians during the war suffered heavy losses and endured severe suffering in the harsh reality. Then came the cold war, and Russia seemed to us a harsh place to live.

Stereotypes, of course, the result of generalizations. But there are reasons for their existence. Recently we talked about the image of the typical American. It’s chubby, loud, proud character, often with firearms. But now we move to the greatest country on Earth and will examine the stereotypes attributed to the Russians.

The stereotypes about the inhabitants of different countries are represented in the movie. Now it may manifest in a lesser degree. But before it was commonplace. Chinese? Stupid good, though slightly awkward guy. English? A gentleman with a posh accent, clumsy romantic simpleton or just a bad guy. Mexicans are poor savages like Pancho Villa (one of the leaders of the Mexican revolution of 1910-1917 years), while Mexican women — Busty and oversexed.

Well, what about Russian? Mostly in movies is the bad guys. Men are brutal and women sexy and dangerous.

Where did this stereotype about Russian cool guy? Part of it is probably due to the fact that the Russian during the world wars suffered heavy losses and were forced to endure great suffering in the harsh reality. Then came the cold war, and Russia seemed to us a harsh place to live.

Even if you take the works of Dostoevsky, there is often described severe environment than described about cute boys. In fact, in 2015, the newspaper the Moscow times (the Moscow Times) attributed the popularization of the image of “macho” known to the Russian leaders (I wonder if this has anything to Putin?). The article said that life has changed and that “now the Russian want to succeed in life, not just survive”. And article V (American magazine) “Vice” (Vice) stated that Russian now not in the image of brutal macho, and that the fashion was to play a big role in their lives.

Now that we’re done with this issue, we will refer to the Russian predilection for vodka. According to Russian journalist Oleg Yegorov, when Russians are asked to fill out questionnaires about stereotypes of the Russian people, many of the questions the respondents answered in the negative, but almost all answered “Yes” to the question: how much vodka Russians drink?

According to the world health organization, Russians love to drink. While Russia is the fifth country in the world in terms of alcohol consumption, and the leader in this contest — Lithuania. When in 2014 these figures were published, many articles have been written that because of the overuse of alcohol 25 percent of Russian men die before 55 years of age. Thus, Russians do not deny the fact that I have an addiction to alcohol, and the statistics seems to confirm the fact that Russians drink a lot.

Another stereotype is that Russians drive like crazy. If you’ve ever seen the YouTube videos of accidents from Russia, you know that many of them are filmed using video recorders installed in cars. In 2012 “Business Insider” (Business Insider) quoted a Russian journalist who said that many Russians have dashboard cameras, because, firstly, drivers do not always observe traffic rules, and secondly, don’t always trust the police. Recent data indicate that the highest mortality on the roads in Eritrea (48,4 persons per 100 thousand inhabitants). According to “Statistics” (Statistica), in Russia about 23 deaths per 100 thousand people, which is also quite a lot. Starting in 2006, road deaths in Russia is gradually reduced. When the question of the quality of driving in Russia was staged at “Quora” (Quora), basically the Russian respondents expressed the opinion that driving in Russia is crazy. One even said that all members of the movement are convinced that they are right and everyone else is idiots.

Speaking about the actions of the Russian police, you can often hear that Russia is a country with high levels of corruption. The corruption perception index (Corruption Perception Index of Transparency International) conforms to this view. Russia’s level of corruption it occupies 131 place out of 176 countries. In the report on corruption in Russia to 2017 States that for Russia corruption is akin to an epidemic. As for law enforcement, the report States that although “the Russian legislation active and passive bribery, simplified payments, gifts and things like that” considers criminal, police, civil service, politicians, representatives of local administrations, tax and customs administration prone to corruption.

What about all those stunningly beautiful, tall, slender Russian women that Hollywood movies always in the role of dangerous beauty? It depends on what part of Russia we’re talking about but the average height of a woman in Russia is 164 cm which Is quite a high growth. In 2017, it was reported that Russian Ekaterina Lisina with growth of 210 cm claimed the title of the tallest models in the world. The average weight of the women (72.7 kg), according to some Russian media, has increased. Russia is now facing the problem of obesity people.

As for beautiful, it is a matter of taste. View Top 10 and Top 20 most beautiful women in the world: Russian is always in these lists. One writer once said that in the cities women generally dress perfectly. They dressed in “expensive clothes, coats, wear elegant jewelry, flawless makeup and hairstyle.” If you are interested in the theme of “femme fatale”, or if you want to understand Russian women, read the novels of Tolstoy and Dostoevsky.

Now let’s move from love to hate. Another stereotype is that Russian homophobia is widespread. How much was a disturbing video depicting people being beaten in Russia because of their sexual orientation, but homophobia is everywhere, whether in Russia? According to “the Atlantic” (The Atlantic), Russia is quite a homophobic place, and the article says that people are still worried about what heterosexual men can be “gay” and therefore society must be alert. The article says that “only 16 percent of Russians today say homosexuality should be accepted by society”, but if you cross the border with Poland, this number will grow to 42 percent.