Back to school: how parents pass the exam

In Russia launched the campaign “one day exam parents.” First he tried himself in the role of graduates of the inhabitants of the Crimea. Participation in the campaign is not only interesting, but also useful for parents themselves and for their children. 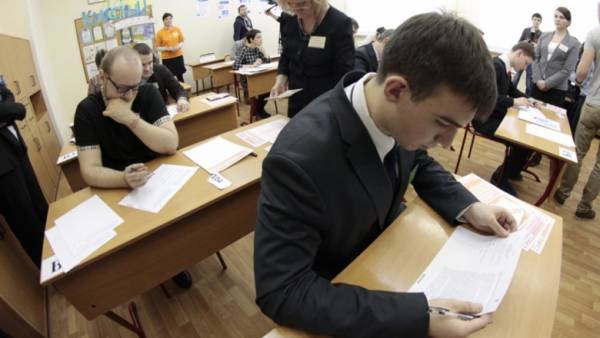 In Simferopol launched a national campaign “one day exam parents.” The exam together with their parents and journalists passed the head of Rosobrnadzor Sergey Kravtsov, the head of the Republic of Crimea Sergey Aksenov. All in all, the event will be held in more than 50 subjects of the Federation.

The exam is voluntary, but the process of submitting his or her parents is fully consistent with the graduation exam, told Business FM by the Minister of education, science and youth of Crimea Natalia Goncharova.

As realistic as possible the procedure of passing the exam, starting from the entrance to the reception point of the exam, the submission of documents. You must leave all things that are forbidden. In addition to the handle and the passport anything from anyone. All within 30 minutes wrote, submitted their work, and that’s it. Test materials are real, not adapted, not adjusted, those are the jobs that the children may have to face this year. Optionally, you can know the results. “Ambulance” was not, but the school nurse was present.Natalia Goncharova, Minister of education, science and youth of Crimea

In Crimea, besides officials and journalists, the exam was passed 40 parents. The campaign will go until the end of February.

In Moscow the parent take the exam at 13 Moscow schools, and the Center for independent diagnosis. How useful is this action?

Time has changed so much, and even those who are now 35-40 years, it is not experienced. To understand how this happens with children, in my opinion, very interesting to try myself, the parents feel in the way your child. They will help him very much, actually, and not to neurotypicality. A huge number of problems does not arise in connection with teachers who need to pass and so on, and in connection with his parents, who dramatize the situation: if you don’t pass, your life will be broken.Evgeny Yamburg honored teacher of Russia, doctor of pedagogical Sciences, Director of the Moscow Center of education № 109

First Deputy Chairman of the Duma Committee on education and science Oleg Smolin also supports the action, especially if it will involve government officials.

This is done in order to show: not so terrible the exam as he is painted. It is such a promotion in support of the exam. The exam is not exactly worse, the system was improved, although not as much as would be necessary. Most of the items this year will be practically eliminated testopodobnymi tasks with choice of answers, however, the part actually moved to part B from part A. there are elements of the oral exam in a foreign language. But we have always believed that the right would be voluntary participation in the exam, as it was throughout the state from 2002 to 2008, and as is now happening in the Crimea.Oleg Smolin, first Deputy Chairman of the Duma Committee on education and science

According to Rosobrnadzor, this year the exam will take 30 thousand graduates more than in the past.