MAKHACHKALA, 18 Jul — RIA Novosti. Five older women in Kizlyar, Dagestan became the victims of the shooting, which staged a 22-year-old Khalil Khalilov, a hunting rifle in the Orthodox Church on forgiveness Sunday, four more people were hospitalized, the public is shocked by the incident and demands to punish the collaborators. 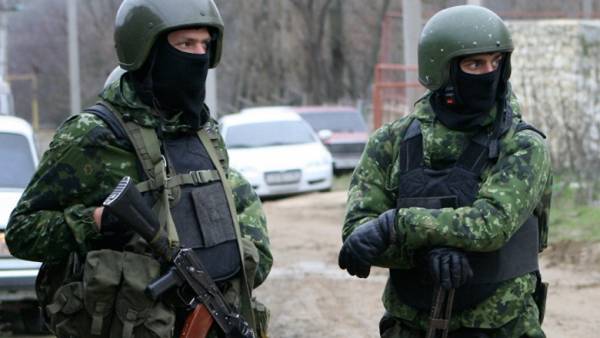 A man opened fire on people in Kizlyar, when they came out of Church after the service. According to the latest data, killed five parishioners. They were all elderly. The assailant was shot and killed by officers of Regardie. Among the victims — two law enforcement officers.

When a young man with a shotgun tried to enter the temple, where he passed the evening service before Lent, those who saw him knew immediately that he starts to shoot and closed the door. Then he began to shoot at women, who were outside. He killed four people and another five wounded, including one police officer and one of Regardie.The eyewitness of incident

Power after the emergency has taken a number of steps: set up an operational headquarters, the city left the psychologists EMERCOM of Dagestan, who will work with relatives of the victims. In addition, the alarm raised by the entire personnel of the Department of police, all entrances to the city are blocked in a given period of monitored persons entering and leaving vehicles.

Later the administration of the Kizlyar called the name of the opened fire near the temple on Sunday, they found 22-year-old Khalil Khalilov.

It was noted that liquidated the shooter was identified as a resident of the village of Dawn of the Tarumovsky district of Dagestan.

The condition of the victims

After the incident in Kizlyar has arrived the Minister of internal Affairs of Dagestan Abdurashid Magomedov, acting Minister of health of the Republic of the Tank Ibragimov. To the victims urgently flew the head of the Federal medical-biological Agency Vladimir Uiba.

“At this point in Kizlyar TSGB be four victims. The condition of two women doctors estimate as heavy. State police — moderate severity, they are in trauma with injuries of the lower extremities. Victims receive all necessary medical care in full. Doctors working in emergency mode. At the scene immediately went three brigades of the Dagestan emergency medicine centre. Psychological assistance to relatives of dead and injured provided by the psychologist of the Ministry of health of Dagestan”, — told RIA Novosti the representative of the Ministry of health of Dagestan.

According to him, the two women already carried out the operation.