In the “Classmates” there was a line of online show

“Classmates” has presented her own line online show. Evening program “OK!”, that leaves the social network in 2016, will complement the humorous show of Vadim galygina and transfer “Cross father” with tips famous parents for the upbringing of children. About it reported in a press release received iz.ru Monday, February 19. 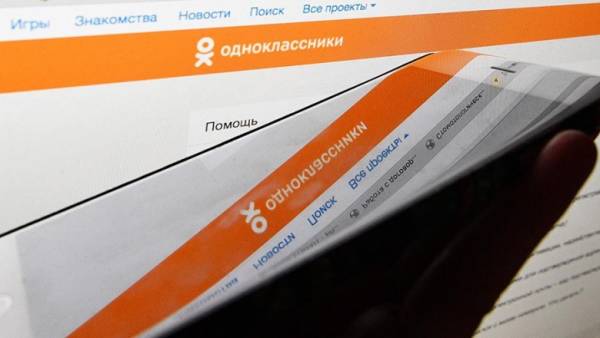 “Exclusive content is one of the main trends of social networking. The lineup of shows covers a few popular topics among users OK: the topics of family, humor and the life of stars. Thanks to this social media content is formed, uniting the interests of the widest possible audience. This gives users the opportunity to share with each other emotions from viewing and attracts new audiences,” said Director of product Videos and OK Live social network Marina Krasnova.

The press release notes that “the Joke show” galygina started last Sunday and will come out twice a week. Every transfer involves four Russian celebrities, who will be divided into two teams and tell jokes or funny stories. In parallel, the special mechanism to capture the volume of laughter in the audience determines the winner. In the future, the best jokes will be chosen by viewers in OK. Guests galygina in the first season, in particular, will be the humorist Mikhail Galustyan and Alexander Revva, figure skater Alexei Yagudin, the singer Nyusha and actress Anna Khil’kevich.

In the weekly show “Cross father” star guests will tell the audience stories about his childhood, his own children and their upbringing. The pilot season of the program gathered in the “Classmates” more than 15 million views. The leading Lina milović spoke with singer Denis Klyaver, the trainer Askold Zapashny, a TV presenter Anton by Komolova and humorist Michael Schatz. The new season starts in the coming months.