In Kizlyar unknown staged a shooting in the crowd at carnival

MAKHACHKALA, 18 Jul — RIA Novosti. In Kizlyar, a local resident opened fire on the people during the celebration of carnival, told RIA Novosti source in law enforcement bodies of Dagestan. 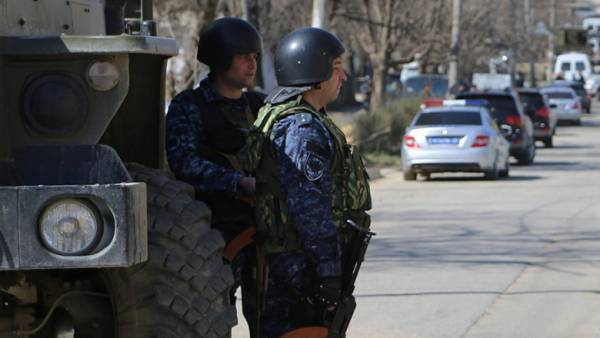 “According to preliminary data, four people were killed and another four were injured,” — said the Agency interlocutor. While the Republican Ministry of health reported five victims. They were taken to the Kizlyar TSGB. All four victims were women.

Security forces eliminated the attacker, he was a local resident born in 1995.

According to the source, all the victims were returning from duty out of the temple when the attack occurred. In this case the offender had not got into the field of view of the police and did not belong to radical movements.

“Around 16:30, an unknown man with a hunting rifle opened fire on civilians”, — told RIA Novosti representative of the regional interior Ministry. According to him, among the injured two police officers.

At the scene, investigators are working a criminal case was instituted under articles “Murder” and “the Encroachment on life of law enforcement officers”.