“Stalin’s death” does not deviate

Graphic novel “Death of Stalin” Nury Fabien and Thierry Robin will be published in Russia, reported the owner, a French comic publisher Dargaud. The rights to release comics has acquired the publishing house “Eksmo”. 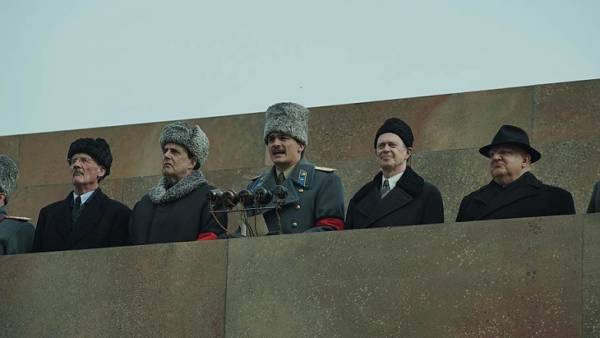 Although in Russia the film Armando’s Ianucci “Stalin’s Death” was banned in Russia, the graphic novel on which it is cleared, will soon be published in Russian publishing house “Eksmo”. It is reported in his Twitter the owner, a French comic publisher Dargaud.

Good news ! Even though Russians may still have to wait a while to see @Aiannucci”s film The Death of Stalin, they’ll soon be able to read Fabien Nury and Thierry Robin’s graphic novel, La Mort de Staline, in English thanks to an upcoming publication by @eksmo_live ! pic.twitter.com/qdomfVUdam

In a press-service of the book of holding “Eksmo-AST”, “Kommersant” reported that the publishing rights of the comic book was purchased in October. “The project yet, information about the release date at the moment”, — said the press service.

Graphic novel La Mort de Staline. Une histoire vraie… sovietique (“the Death of Stalin. The story is true… Soviet”) was created by writer Fabien Nouri and the artist is Thierry Robin. The first part, “Agony”, was released in 2010 and the second, “the Funeral,” in 2012. based on this novel, British Director Armando’s Ianucci removed a satirical film, “Death of Stalin” about the struggle for power after the death of Soviet leader. On the website Rotten Tomatoes, which contains estimates of the world’s film critics, the picture has 97% positive reviews.

The rights to the film in Russia bought kinodoctor “Volga”. But to show the film failed. The Ministry of culture, issuing a distribution certificate picture, then organized a public viewing with the participation of deputies of the state Duma and filmmakers. They wrote a letter to the head of the Ministry of culture Vladimir Medinsky with the demand to revoke the rental license to rent, which was done. The Minister explained that the film could be perceived as a mockery of the Soviet past. In addition, the film allegedly contains information prohibited by law.

The legality of revoking the license of “Death of Stalin” examines the Syktyvkar city court under the statement of lawyer Ernest Mezak. He insists that the decision of the Ministry of culture violates the Constitution in terms of citizens ‘ access to cultural values. In addition, the Ministry did not provide reliable information that “Stalin’s Death” contains illegal content; the examination was not carried out. On 15 February the court of Komi refused the request of the Ministry of culture to write a statement about the “Death of Stalin” without attention; the next meeting will be held on March 14.

The Ministry of culture also was charged with illegal screening of “Stalin’s Death” the cinema “pioneer” Alexander Mamut, who have demonstrated a pattern of 25 and 26 February. 15 Feb officials have issued five reports on administrative violation for each show. Re-screening of the film without a distribution certificate may lead to the closure of the theater for three months — in that case, if the court in the high court confirms the infringement, and then re-offense. Pioneer insists that the displays were legal, because the Ministry did not comply with the procedure of revoking the license and official notifications of the cinema did not. Official notification of revoking the license was received after the start of, what cinema is announced at the trial, said previously, “Kommersant” his representative.