The U.S. army has accelerated preparations for a major ground war, the media are writing

The armed forces of the United States placed a bid to buy about 150 thousand shells for 155-millimeter howitzers, informs a portal Task and Purpose. 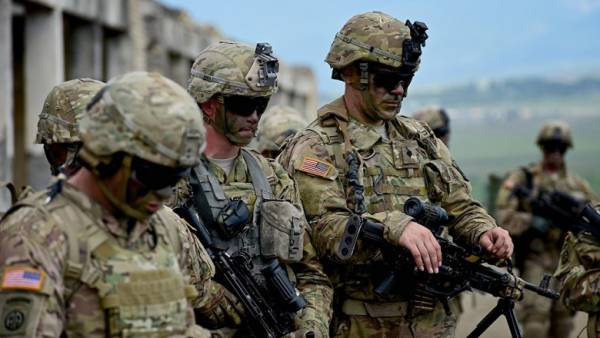 The order volume increased by 825% in comparison with previous applications. The list includes rockets “Excalibur” (Excalibur), designed for use in melee. A quantity of ammunition necessary for the soldiers to practice the skills of ordinary ground operations.

“We are ready to fight in conflicts that require special determination”, — quotes the portal words of the Director of the U.S. army budget major General Paul Chamberlain.

The military stressed that the armed forces do not feel the lack of shells, and restore and upgrade an Arsenal of weapons.

Earlier, the White house has asked Congress for $ 6.3 billion in their “European initiative deterrence” — a program aimed at curbing “Russian aggression” in the region. The funds will be spent to increase the presence of American troops in Europe.

Commenting on the initiative, Chairman of the Federation Council Committee on defense and security Viktor Bondarev has noticed that anti-Russian orientation of U.S. foreign policy enshrined in the budget. From 2015, the sum of the “containment of Russia” increased from 3.4 billion to 6.3 billion.

Russia is strengthening its defenses, regardless of any action the U.S. or other countries, said Bondarev.