Dhaka: an overpopulated city where there are no more places for the dead

Most of the graves in the crowded capital of Bangladesh Dhaka city — temporary because the cemeteries are no places for new burials. But what if the grave of a relative buried someone else? 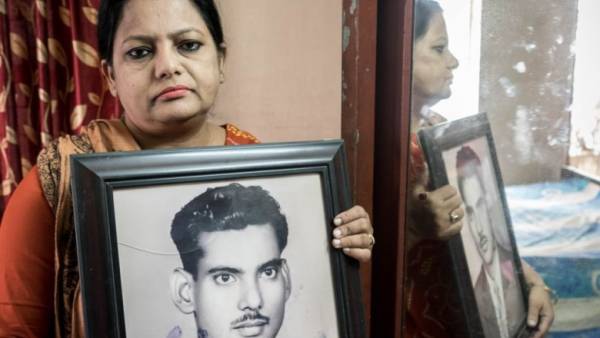 Surya, Parvin cannot visit the burial place of his father, because in this place they buried the other person.

“As the eldest daughter, I am responsible for the Affairs of the family. I once asked my brother when he was last at the tomb of the father?”— she told in interview Bi-bi-si in her tiny apartment in the suburbs of Dhaka.

After a moment, the brother told her that the burial place of the father there is a new grave.

This place now belongs to another family, they surrounded it with cement. I was like lightning struck when I heard it. I had nothing to say. — she says, not hiding the tears.

“If I had known that this would happen, I would try to save the place. The tomb was the last reminder of his father, and now I’m lost,” she says.

She can still come to the cemetery Kalsi — a small private burial place, but the gravestones at the grave of her father is no more, because his body is buried another man.

With the likes of Surya faces. In the past she lost tombs of her first child, mother and uncle.

Due to lack of burial space, many in Dhaka can’t get a guaranteed a permanent place for the last shelter of his family and friends.

To find a place for the grave is not so difficult — the time of burial are inexpensive, but, according to the rules of the municipality every two years, will be there to bury someone else.

In the end, in temporary graves buried several people — so the way out was invented in Dhaka.

Population it is difficult to accept, but most have no other choice. Sometimes in the same grave and bury several family members.

In Bangladesh, the majority of the population is Muslim, cremation is not possible because, according to Islamic tradition, burning of human remains impossible.

Since 2008, the municipality ceased to provide space for the permanent graves, but a temporary grave, but with a greater period of immunity, you can buy. This grave is about 20 thousand dollars, while the average annual salary in the country — total 1 610 USD.