To revive old. When Russia will raise the retirement age

MOSCOW, February 13 — RIA Novosti, Igor Naumov. In Russia again actively discussing the issue of retirement age. Experts say the demographic risks and the increasing imbalance of the pension system. Some believe that raising the age of retirement is inevitable and the only question is when it will happen. Others offer alternative options. 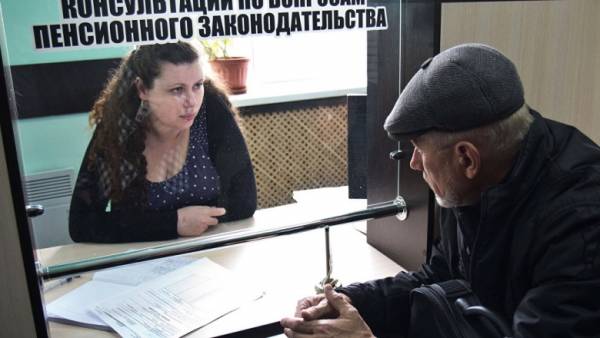 Raise the bar. Arguments “for»

To Ranepa’s report “raising the retirement age: benefits and risks,” notes that in 2015 in Russia the share of pensioners was up by almost 25%. By 2030 this will rise to 28%.

That is, the working-age population will shrink by four million people.

Relying on long-term demographic forecasts of the Ministry, the researchers conclude: by the mid-2030’s, the first number of pensioners will equal the number of employees, and then exceed it.

As a result, each worker will be more than one pensioner “provision”.

“The history of the world such precedents does not know”, — the authors of the report.

In their opinion, the only way to change the situation is to raise the retirement age. In Russia it is lowest if compared with countries of the Organization for economic cooperation and development (OECD). Especially considering the institution of early pensions, common in the so-called hazardous industries and concerning representatives of separate professions.

The report describes different options for raising the retirement age. For example, a gradual increase in threshold values in the first four years plus three months per year, then increase by six months per year.

Thus, the transition period for men will be eight years, for women 10 years and the pension age was 63 years and 60 years respectively. Now Russian men retire at 60, women at 55.