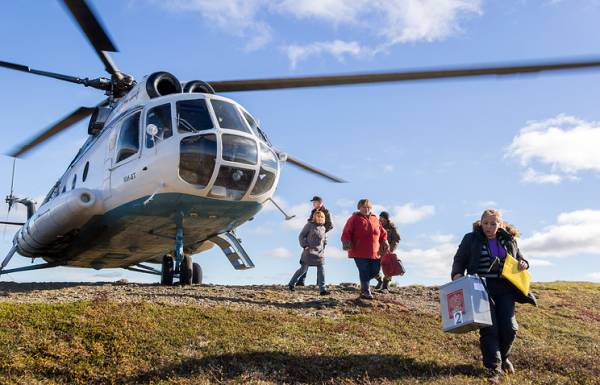 MOSCOW, February 13. /TASS./ The electoral Commission of Yamalo-Nenets Autonomous Okrug (YANAO) signed a contract for about 500 hours of helicopter flights for the tundra-dwellers shift workers and early voting in remote areas of Yamal at the election of the President of Russia. On Tuesday TASS reported in the district electoral Commission.

Early voting starts on February 25. The Russian presidential election will be held on 18 March.