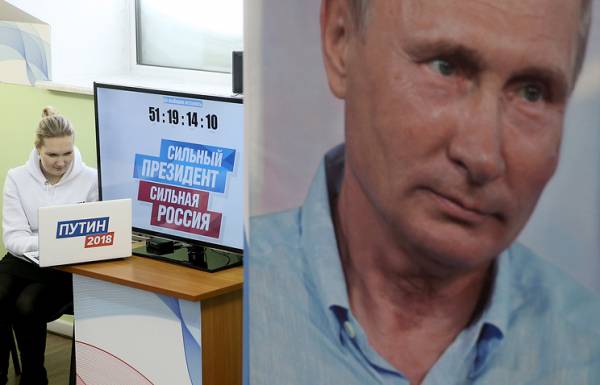 MOSCOW, February 13. /TASS./ The headquarters of the incumbent head of state Vladimir Putin, who is running for another term, said the refusal of the candidate of the free TV and radio broadcast on Federal channels allocated for debate. This was announced on Tuesday, the CEC Chairperson Ella Pamfilova before the draw allocation between the presidential candidates and nominating parties airtime on Federal TV and radio channels.