TEL AVIV, February 12. /TASS./ Prime Minister Benjamin Netanyahu said Monday that has for some time been discussing with the US administration the possibility of extending the Israeli sovereignty over the Jewish settlements on the West Bank of the Jordan river. 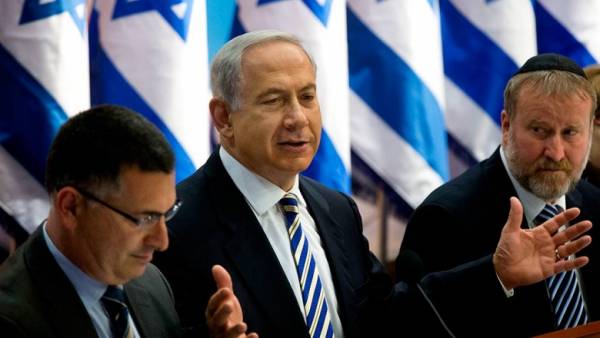 With the corresponding statement the Prime Minister spoke at a meeting of the parliamentary faction of his party “Likud”.

“Regarding the spread of Israeli sovereignty (annexation of settlements — approx. TASS), I can say that I am in dialogue with the Americans on this issue, said Netanyahu. — I adhere to two principles: to inform Americans that our relations with them are strategically important for Israel and for the settlements, and that it [the annexation] must be government and not private initiative as a historic step”.

The continued construction of Jewish settlements in the West Bank is considered one of the obstacles to the settlement of the decades of the Palestinian – Israeli conflict. 23 December 2016 the UN Security Council adopted resolution 2334 demanding Israel to immediately stop settlement activity in the occupied Arab territories. The Israeli side at the same time declared that he would not comply with the provisions of this document. At the end of August 2017, Netanyahu announced that the Jewish state will continue to build and develop settlements in the West Bank.