Arrested in the case, “the Seventh Studio” Sofia Apfelbaum received the prize of the President of STD

Moscow. 12 Feb. INTERFAX.RU — Director of the Russian academic youth theatre (RAMT) Sophia Apfelbaum, who is under house arrest in the case, “the Seventh Studio”, received the award of the Chairman of the Union of theatrical figures (STD) Alexander Kalyagin. 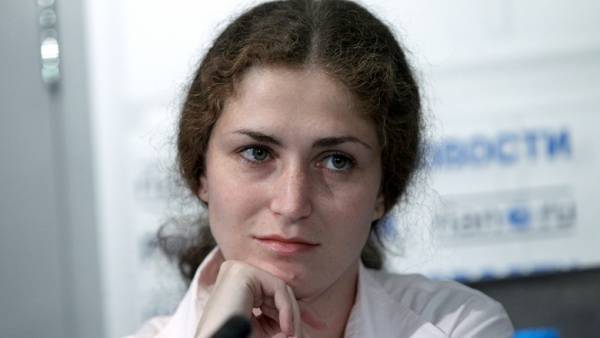 He noted that the prize winner is awarded a cash consideration of 150 thousand rubles.

Since 2002, while taking STD is awarded “the Prize of the President”, which is a professional and is awarded the personal decision of the Chairman of the theatre Union of the Russian Federation representative of any City of the theatrical profession for his contribution to the development of theatrical art in Russia.

In past years the award was handed over to Galina Volchek, Alla Pokrovskaya, Yuri Lyubimov, Chulpan Khamatova, Roman Viktyuk and others.

Apfelbaum is a defendant in the case, “the Seventh Studio”. The defendants are accused of embezzlement from the budget of 133 million rubles. All the accused, except under the custody of the Director of the “Gogol-center” Alexei Malopolska and left Russia the former General producer “Seventh Studio” Catherine Raven, are under house arrest.