Media compared to the Russian su-35 American, the F-35

Edition of National Interest published an article about the comparison of the Russian fighter of the fourth generation su-35 with American combat aircraft of the fifth generation stealth F-22 and F-35. 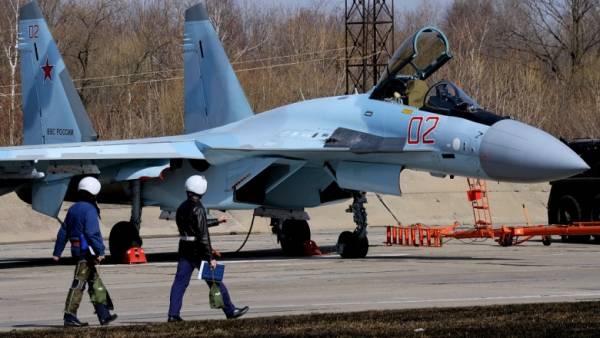 An expert on conflict resolution and military history of Sebatien Roblin called “Reasons why America should be afraid of Russian su-35” the author notes that the possibility of the su-35 is not inferior to Western counterparts.

“Distinguished by its unparalleled maneuverability, electronics and weapons capabilities, su-35 caught up with the capabilities of their Western counterparts such as the F-15 Eagle” — the author notes.

While he wondered how effective the su-35 will be able to resist the fifth-generation fighters such as the F-22 and F-35.

The expert concludes that the answer to this question is likely to be possible only by testing the two fighters in combat.

Earlier it was reported that the defense Ministry will have to adopt 10 of the latest su-35.