Scientists “read” the lines on the palms of the apes

Using the folds on the palms, you can determine which fingers move together, and hence to draw conclusions about the evolution of prehensile function in primates, found by Russian biologists. 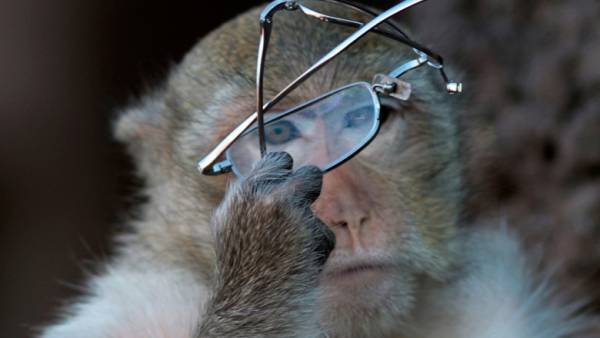 Palmists claim that the lines on the hand can predict a person’s future. In fact, this is just the normal wrinkles of folds that appear on the skin from regular of the same movements as humans and monkeys.

Biologists from Moscow state University and the Paleontological Institute of ran Mellin Novikov and Alexander Kuznetsov came up with to learn these folds to study the development of grasping functions in monkeys.

The researchers worked with South American broad-nosed monkeys, identifying the characteristic patterns of the palm, which groups the fingers they work together and what are the evolutionary milestones of the past the development of prehensile function in primates.

So, it turned out that the line, called the line of life, connected with the separation of the thumb and is the most ancient and have all the monkeys. While a person, for example, Capuchin it is expressed brightly, and the monkeys and spider monkeys — is much weaker.

The so-called line of fate running along the palm, also appeared in the beginning of the formation. Such lines are, for example, the lemurs. And only later began to form transverse lines — of-development functions the force pushing objects to the palm of your hand three or four fingers.

But the line of heart is only a man — it was formed during the development of the ability to hold the object with three fingers. Unique to the individual and head line — it was formed when the “segregated” the index finger, which person actively uses gestures.