Moscow. 9 Feb. INTERFAX.RU — Russian sportsmen will examine options for possible responses to the non-admission to the Olympics, but while the time for the “Olympic truce”, said the Vice-Premier of the Russian Federation Vitaly Mutko. 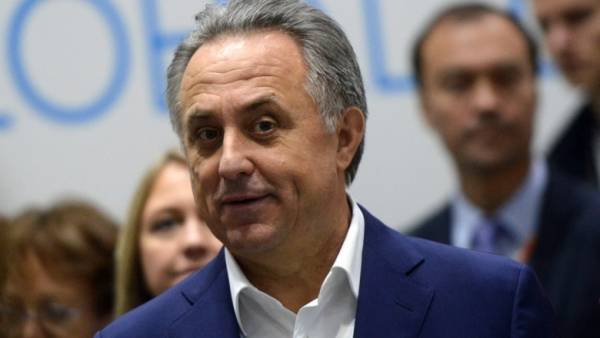 “Explore possible steps, no one will not allow it. Now the Games began, is the Olympic truce. The decision of CAS in a predictable and understandable, since they were considered not violated if the procedure invitations to the Games, but disappointing”, — Mutko told Interfax on Friday.

According to him, the procedure of the IOC at the invitation of athletes “opaque, contradictory, adds no credibility to its authors, creating the illusion that this is a private party, and the admission criteria for her a lot”.

Thus the CAS examined not the issue, the admission of athletes to the Olympics, and that if violation of the procedure for invitation, so the other solution no one could have expected.

“CAS can’t take decisions on the background of the previous pressure. If now admitted that it was a shock,” — said Mutko.

He noted that in a number of sports international athletes, “not with whom to compete, non-admission of Russians seriously downgraded the competitive environment”.

“The Olympics has begun, you must support the team. There are many talented athletes, guys who didn’t go, we support them, there will be competition for them. And all the time begging for invitations — beyond reasonable,” said Deputy Prime Minister.

Earlier it was reported that the visiting panel of the court of arbitration for Sport in Lausanne has decided to reject the appeal, 47 the Russian athletes at the non-admission to the winter Olympic games in Pyeongchang.