Former US President George Bush accused Russia of meddling in elections in 2016, writes The Independent. He stated this at the conference of the research center Milken Institute in Abu Dhabi. 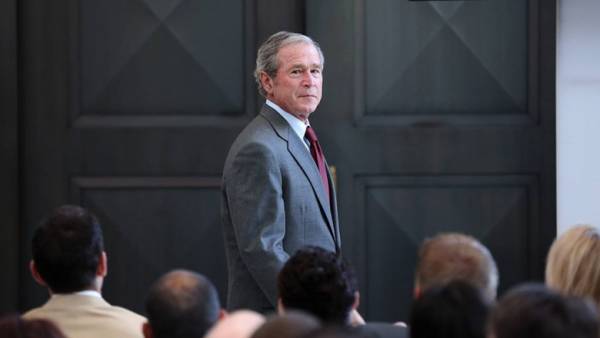 According to him, is “very clear evidence” of Russian intervention. It is not clear whether it affected the election results.

“The fact that a foreign government interfered in our election, it is a problem,” Bush said, calling Moscow’s actions “dangerous for democracy”.

Also former US President spoke about Vladimir Putin. “Putin is a brilliant tactician who is able to recognize a weakness and exploit it,” said Mr. Bush.

He said that the Russian President “held a grudge”, because dissatisfied with the collapse of the Soviet Union and would like to restore the “Soviet hegemony”. That is why, in his view, NATO is playing a very important role.

US officials have repeatedly accused Russia of meddling in elections in the United States, but evidence was not provided.