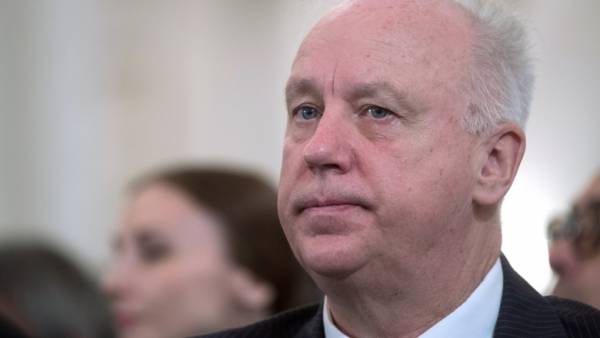 “The main challenge — a joint effort to do everything necessary to ensure law and order in the Republic, the rights of the citizens”, — said at the meeting, Bastrykin, who led Petrenko.

5 February employees of FSB have detained the acting Prime Minister of Dagestan, his two deputies and the former Minister of education and science of the Republic. On the same day their special was brought to Moscow. On 6 February, the Basmanny court of Moscow ex-officials were charged with fraud in especially large size. They were arrested for two months.

On 5 February the head of Dagestan Vladimir Vasilyev sent the government in resignation.

Sources of “Interfax” was informed that with the aim of decriminalization of the region to Dagestan from Moscow there arrived the special interdepartmental Commission, whose representatives together with employees of the Central apparatus of Federal law enforcement agencies, conducted extensive testing of almost all structures of the Republic.