5 dead in Syria, the soldiers who received the title of Hero of Russia

February 3, the militants shot down a Russian su-25 attack aircraft in the airspace over the Syrian province of Idlib. The pilot, major Roman Filipov, managed to eject but was killed. He became the 41st Russian soldiers who died during operations in Syria. “Газета.Ru” Russians killed in the Syrian operation has received the title of Hero of Russia. 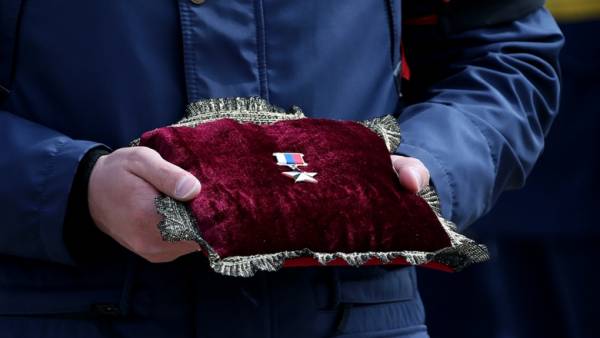 3 February 2018 in the sky over the province of Idlib in Northwest Syria was shot down by a combat aircraft of Russian air force su-25SM, on Board of which were major Roman Filipov. After the plane got hit in the right wing, the pilot tried to maneuver in and out of the affected area, however, the control plane has been violated. Filipov ejected, having to report their decision to the command.

Later, with the pilot missing. According to preliminary data of the defense Ministry, the plane was downed by a shot from a portable air defense missile system (MANPADS). The responsibility for the downed stormtrooper and the death of the pilot was taken by fighters of the Alliance “Hayat Tahrir al-sham”, created on the basis of the terrorist organization “dzhebhat an-Nusra” (banned in Russia). According to another report, the plane was shot down by the militant group “Jaish al-Nasr” (banned in Russia).

The next day after the incident in the Internet appeared the video, which allegedly depicted the last battle Filipov. In the video, armed men ran to first, some object on the ground, and then bounce off of it, and then shows an explosion, and distinctly heard the words “This is for boys!”presumably belonging to Filipovo.

Not to surrender, he blew himself up a hand grenade, shooting two of the attackers from the pistol Stechkin.

As told in the defense Ministry, the body of the deceased pilot was returned to Russia on 3 February, Russian military intelligence in the interaction with their Turkish colleagues. Filipova funeral will be held on 8 February in Voronezh. Defense Minister Sergei Shoigu presented the deceased to the rank of Hero of Russia posthumously.

On 6 February, the President of Russia Vladimir Putin awarded Filipovo this title. “For heroism, courage and bravery shown during the performance of military duty, assign rank Hero of the Russian Federation major Filipovo Roman Nikolaevich (posthumously)”, — stated in the decree of the President.

Filipov was an experienced Aviator, and not the first time I was on a mission in Syria, told in the defense Ministry. Major brilliantly performed dozens of combat missions against terrorists and repeatedly escorting humanitarian convoys of the Russian Center for reconciliation of the warring parties (TSPVS). During his last flight Filipov circled over the areas of de-escalation “Idlib” to control the observance of the cease-fire.

24 Nov 2015 Turkish fighter jet shot down a Russian bomber su-24M in the Syrian province of Latakia, a kilometer from the border with Turkey. The aircraft of Russia’s air strikes carried out in Syria combat mission. According to the Turkish side, he flew into Turkish airspace, then the intercept flew two Turkish F-16 fighter. As claimed by Ankara, after several warnings the Turkish pilot opened fire and shot down a Russian plane. According to Moscow, the su-24 did not violate Turkish airspace and was downed by the Turkish military in violation of all norms.

In the su-24 were two pilots: commander of the crew Lieutenant-Colonel Oleg Peshkov and co-driver Konstantin Murakhtin.

They both managed to eject, but managed to save only Muratina. Peshkova same shot from a machine local militants, while he was still in the air. Murakhtin after landing about a day hiding from looking for his opponents, after which he found the Syrian military and delivered to the Russian air base.

When you try to save the Russian pilots who were shot down su-24, killing another Russian military — marine Alexander Pozynich participating in search and rescue operations.

The day of the crash of the su-24 in search of the pilots flew the helicopters of Russia’s air strikes, and one of them — the Mi-8 onboard which there was a Pozynich, was fired by militants from the earth.