Search and seizure: what you’re looking for in Dagestan

Why in Dagestan carried out the seizure of documents in almost all departments. 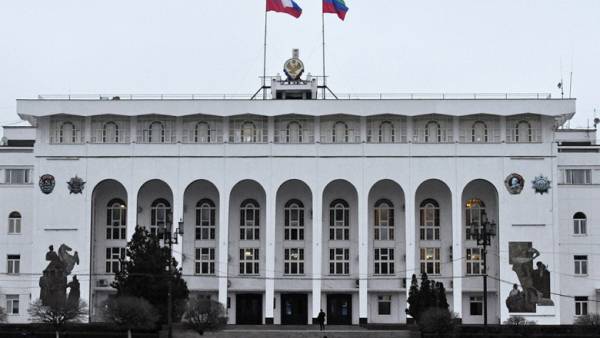 In Dagestan, began a large-scale searches with seizure of documents in almost all departments, high-ranking officials banned from traveling abroad, and the personnel on the posts of road patrol service replaced by officers from other regions of Russia.

In the Republic of Dagestan continue “Stripping” officials at the regional level. According to news agencies, on Wednesday a series of searches and seizures of documents are made in almost all of Dagestan ministries and departments. Investigative actions are members of the joint Commission consisting of employees of the FSB, the investigative Committee and the interior Ministry, arrived from Moscow. According to Russian media, the head of this United group, Deputy Prosecutor General Ivan Sydoruk.

According to reports, due to the massive searches of an unscheduled day off was also given to the employees of the traffic police of Dagestan.

Instead, all posts in the region have put the police and Regardie from other regions of Russia.

Two days ago in Makhachkala, was detained by the acting Prime Minister of the Republic of Abdusamad Gamidov, his two Vice — Shamil Isaev and Rudin Yusufov and former education Minister Shahabaz shahs. The damages in the case, which includes episodes of purchase of a building for kindergarten at an inflated price, the machinations of the fictitious works on the reconstruction of the detention center for illegal migrants, as well as the theft of money for installation of engineering communications at the tourist camp, is more than 95 million rubles.

The measure of restraint to detained officials were not elected in local courts, and in the Basmanny district court of Moscow. Even before criminal proceedings were instituted against the mayor of Makhachkala, Musa Musayev and chief architect of the city Magomedrasul Gitinov. They are accused of excess of powers of office, the damage from their actions exceeded 80 million rubles. After detention officials acting head of Dagestan Vladimir Vasilyev dismissed the government of the Republic and proposed to appoint a new Prime Minister Minister of economy of Tatarstan Artyom Zdunov.

Earlier on Wednesday, Russia’s Investigative Committee has released a new video of searches on “case of the Dagestani Ministers”. On shots of operative shooting are sealed investigative actions in the house of one of the Ministers — the most opulent Palace in the mountains of Dagestan. The footage shows that housing is decorated with animal skins, the entrance hall is marble, and the rooms was found the “vintage bird cages”.

In other rooms of the Palace were found silver-gilt and inlaid Stechkin automatic pistol (APS), a gun inlaid with mother of pearl handle and ammunition and submachine gun.

All found weapons were transferred by operatives in one of the rooms of the house. Also on video it is visible a cluster of Bank cards as well as folders with an inscription “the Government of the Republic of Dagestan”.

In the framework of the search in the house of former acting Prime Minister of the Republic of Dagestan of Abdusamadov Gamidova were found two Kalashnikov — AKM and AK-74, as well as boxes with alcohol. The investigating authorities said that Hamidov also got the Golden handgun TT (Tula-Tokarev) pistol Makarov (PM) and two Beretta. If the storage is only discovered at the home of official legal weapons is not specified.

The Kremlin is aware of the Investigative Committee of Russia, said the press Secretary of the President Dmitry Peskov. According to Russian leader Vladimir Putin, the current situation is not a political crisis or a campaign, “continuing the work of law enforcement bodies”, though the work is consistent, focused and systematic. Peskov stressed that enforcement actions do not relate to the same region: they are held throughout the country.

Shortly before that, the former head of Dagestan Ramazan Abdulatipov against the arrest in the Republic said that we must act wisely and prudently. He expressed concern that arrests of officials can be “very negative consequences”.

It is necessary to avoid the RAID of mistrust and suspicion towards Dagestan and Dagestanis.Ramazan, Abdulatipova-the head of Dagestan