A young British woman suffering from aversion to sounds

Girl physically can not stand it when you chew, swallow or leaf through a magazine.

22-year-old jade white misophonia, or aversion to sounds. This is a rare neurological disorder was first described in 2001 by American neuroscientist Paul by Yastrebova.

As explained to The Daily Mail, a leading British expert on misohoni, Sukhbinder Kumar (Sukhbinder Kumar) from the University of Newcastle, in this disorder, people experience such negative emotions as anxiety or anger when they hear certain sounds. In some cases, it is not limited to emotions patients feel trapped, you feel a burning desire to escape, they begin a rapid heartbeat or raised blood pressure.

Most of these reactions are connected with the sounds of other people during eating, chewing, Champ, swallowing, slurping, and so on.

But there may be other triggers, like loud and quiet, the sounds of breathing, snoring, crunching joints, typing on the keyboard, turning the magazine — and so on and so forth. 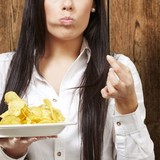 The Champ annoys you because of the structure of the brain

The study of Kumar and his colleagues showed that people with misophone observed abnormal activity in the front island — the region of the brain associated with processing emotions — when they hear an unpleasant sound. The participants in the study were not suffering from this disorder, this effect was not observed.

How often found misophonia is unknown, and the treatment for it does not exist. According to Kumar, as a rule, this disorder manifests itself in the age of 12, when teenagers begin to irritate the sounds while eating his relatives. Then this feeling of disgust also extends to other people. In some cases, people simply can not participate in family Lunches or dinners, the disorder negatively affects their personal life and at work.