Izvestia: prescription drugs may grow by up to 16% because of the project about selling drugs

MOSCOW, February 6. /TASS./ Pharmacy network predict price growth for prescription drugs at 11-16%, if the supermarkets are allowed to sell OTC drugs. About it the newspaper “Izvestia” was told in the Russian Association of pharmacy chains (RAPC). 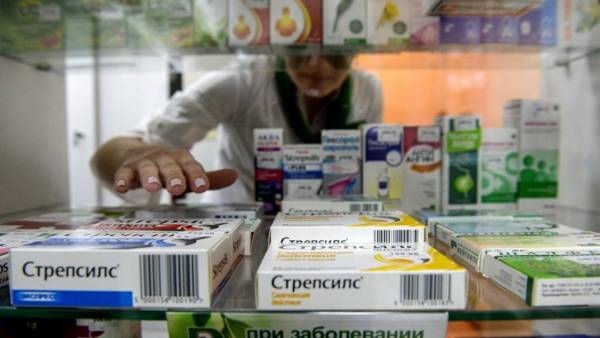 In the Association publication explained that the higher prices the business plans to compensate for the loss in the case of the bill of the Ministry on granting the right shopping free sale of drugs without a prescription. This is a free selling OTC drugs will only be possible after obtaining a license for carrying out pharmaceutical activities. Stores will be required to purchase medicines from the same suppliers, and pharmacy organisations to prevent the growth of counterfeits.

As has informed the edition in the Ministry of industry and trade, the bill, drafted on behalf of the first Deputy Prime Minister Igor Shuvalov and published by the end of 2017, it is planned to submit to the government by 1 March.

The health Ministry, in turn, the newspaper reported that oppose the initiative, as it can lead to an increase in counterfeiting and spoilage of medicines. “Ensuring proper monitoring of storage and conditions of dispensation of medicinal products in the grocery stores is extremely difficult, which can lead to getting on the shelves of unsafe or counterfeit goods”, — explained in Department.