Replacement of defective refurbished MiG-21 requires the Ministry of defence of Croatia from Ukraine. Local press is saying that speech can go about replacing at least four aircraft. 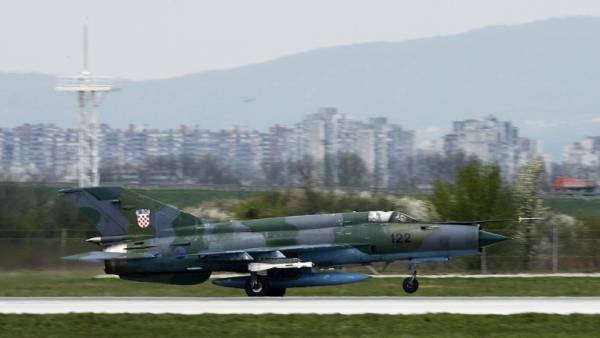 TASS with reference to the Jutarnji list said that in 2016 it turned out that most of the 12 planes, renovated by the company “Ukrspecexport”, and to flying the. The Ministry of defence of Croatia has sent to Ukraine a corresponding service note last week that the Department requires replacement of defective refurbished aircraft new.

One of the last flights of the MiG-21 nearly ended in the death of the crew.

The Minister of defence of Ukraine Stepan Poltorak not so long ago during his visit to Zagreb, said that the agreement was “not quite done” to “damage to the Croatian side.”

Earlier it was reported that Israel will sell decommissioned F-16 fighter jets Croatia.