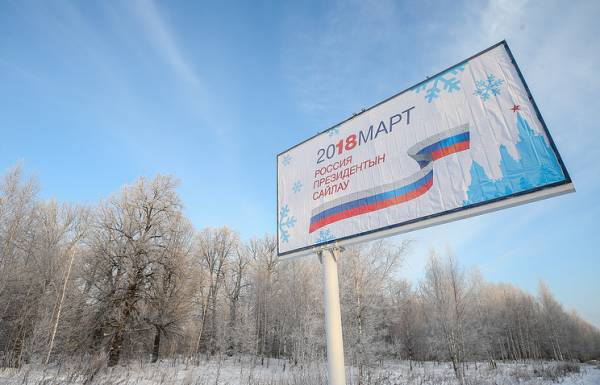 MOSCOW, February 6. /TASS./ All applicants for the post of President of the Russian Federation, who passed to the CEC signatures of citizens in support, successfully passed the stage of verification of signatures and will be allowed to vote.

Thus, in the newsletter, which will get the Russians on the day of the presidential election on March 18, 2018, according to the current time, can mean eight names.

The situation became clear after the announcement of the results of the working group of the CEC, verified petitions, the returned candidates of the party “Communists of Russia” Maxim by Caricinum and “Civil initiative” Ksenia Sobchak. They passed autographs for review to the CEC on January 31, the last day allotted in the schedule to the stage of collecting and submitting signatures.

The fact that one of the most organizationally complex and time-consuming stages of the campaign were who gave the CEC the required signatures, the experts called unprecedented, noting the quality of the work of headquarters.

Who and how passed signature

At the moment the registration of candidates has already received three members of the election campaign, acting President Vladimir Putin, who is running as self-nominated candidates, and nominees of the parliamentary parties of the liberal democratic party Vladimir Zhirinovsky and the Communist party Pavel Grudinin. The next two days, this procedure will have five candidates.

Russian legislation exempts candidates of the parliamentary parties from the necessity of passing signatures, independent candidates requires to submit no less than 300 thousand (and not more than 315 thousand) signatures collected in support of not less than 40 regions of the country, for candidates of non-parliamentary parties, this number is three times less – at least 100 thousand and not more than 105 thousand signatures. All the work of collecting signatures can be carried out solely at the expense of the election funds of candidates, the maximum amount which may not exceed 400 million rubles.