“Plato”, commercial and recycling charges will not fall into the law

The government will include in the Tax code is only part of non-tax fees and impose criminal liability for their nonpayment. 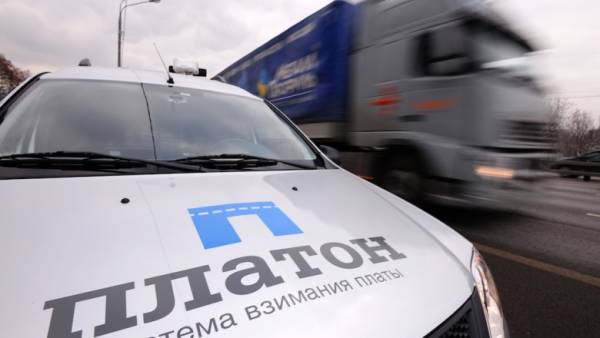 Fees for road wear and tear (through “Plato”), trading and utilization fees in 2018 will register in the Tax code (NK). This “Izvestia” said the three party meeting in the Ministry of Finance and economic development. In the latter confirmed that the payments are of tax character will be included in the code. For their failure to pay the businessmen face criminal liability. The level of collection of payments from changes in fiscal policy will not change, say experts.

The government decided to transfer the regulation of part-tax payments, such as the system of charging for road wear by heavy vehicles, commercial and recycling collection in the Tax code. Non-tax payments will be recorded in NC in a separate Chapter titled “Mandatory payment of public character,” said three sources of “News”.

The government instructed the Ministry of Finance and Ministry of economic development to fix the regulation of non-tax payments in the Tax code at the beginning of 2018. Their proposals they must submit, by 28 February.

To control other non-tax payments, that is, those that are non-tax in nature, will prepare a separate law, added in the Ministry of economy. These include, for example, payment for environmental pollution and for obtaining separate certificates, said the participants of the meetings.

We believe that regulation by a separate law will allow to cover a significant range of such payments and clearly define the rules of their establishment, assessment and collection, — said the Ministry. The Ministry of Finance did not answer the question “News” on regulation of non-tax payments.

The redistribution of payments under different regulations complicate the emergence of new fees, the idea was explained by one of the participants of the meetings. For now, fees for example fees, fines for infringement of financial legislation or the proceeds from the sale of government securities, may establish and administer its regulations each Agency.

Non — tax payments appear chaotic. After preparation of a special law on non-tax payments new charges can only occur in the form of amendments to this law with the approval of the government, the state Duma and the Federation Council — said the source “Izvestia”.