KIEV, 4 Feb — RIA Novosti. About 70 people staged a rally near the house of the President of Ukraine Petro Poroshenko at Kiev, said on Sunday the press service of the Directorate of the National police of Ukraine in Kiev region. 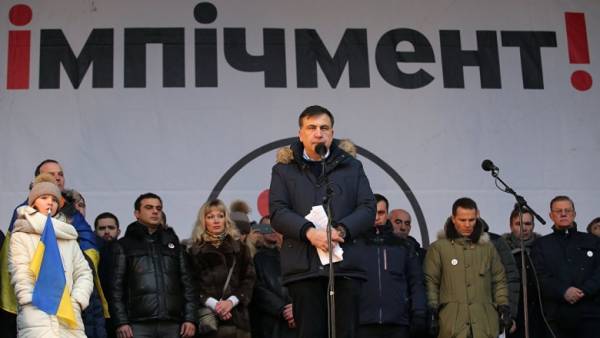 Earlier, the organizers of the March of supporters of ex-President of Georgia, former Governor of the Odessa region Mikhail Saakashvili announced that on Sunday after the chamber Poroshenko will go home with the convoy. It was planned that the President will convey the invitation to attend the next rally of supporters of Saakashvili in Kiev, which will be announced the decision on his resignation.

“The police Kiev region to ensure public order during the rally. So, today about 70 people staged a rally at the walls of the house of the President of the country. After the event the participants went home. Violations of public order is not fixed”, — is spoken in the police message in Facebook.