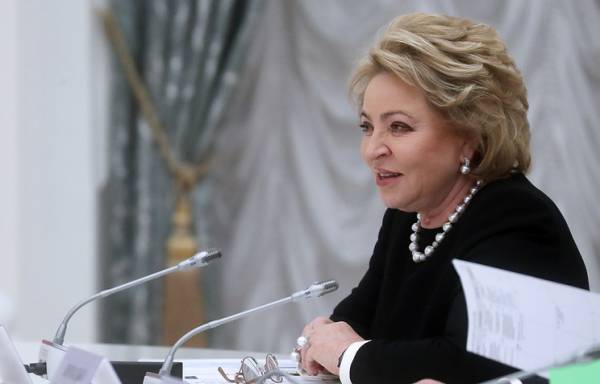 MOSCOW, February 2. /TASS./ The speaker of Council of Federation Valentina Matvienko considers that to dramatize the situation, “the Kremlin list” and possible new sanctions by the US is not worth it. This opinion was expressed on Friday on air of radio station “Vesti FM”.

“We have just not to dramatize the situation. We pay much attention to these lists, the discussion of these lists, consequences. We must understand that it is inevitable, and the situation will not change in the next year or two and will continue to escalate, because the national interests of the United States is everything and other countries are not affected,” – said Matvienko.