WASHINGTON, 1 Feb. /TASS./ The United States has warned that the adoption in Poland of the act on the punishment of the charges of the poles in the Holocaust may entail consequences for relations with the United States, Israel and other countries, but also damage the strategic interests of Warsaw. 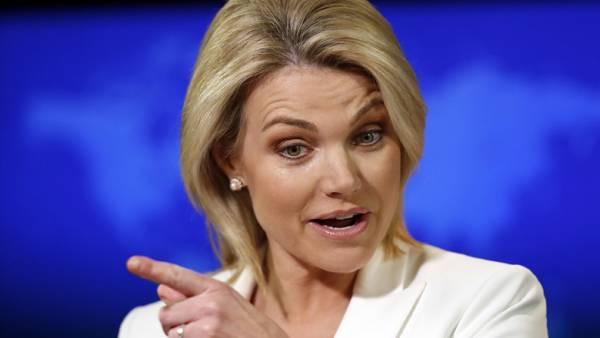 This is stated in a statement on Wednesday, the statement of the head of the press service of the Department of state Heather Nauert.

“The history of the Holocaust painful and difficult. We understand that phrases like “Polish death camps” is incorrect, misleading and harm”, — the document says.

“However, we are concerned that this bill — if adopted — could undermine freedom of speech and scientific exchange. We all need to be careful in order not to hinder the discussion and commenting of the Holocaust We are also concerned about the [possible] consequences of this bill — if passed — to the strategic interests of Poland and the relations [with the States], including the United States and Israel. Disagreements that may arise between our allies, will play into the hands only of our opponents”, — convinced the American foreign Ministry.

“We urge Poland to revise the bill in light of its possible implications for freedom of speech and the ability for us to be effective partners,” said Nauert.