As it became known “Kommersant”, the TFR is investigating a criminal case about swindle in especially large scale, committed by the former management of JSC “national airline “224th flight unit”” — the companies that provide air transportation in the interests of state agencies, including the transportation of motorcades for the first persons of Russia. Former Deputy Director of the squad Dmitry Novitsky was arrested on charges of stealing several hundred million rubles, JSC “Rosoboronexport”. In the case of figures also former CEO of the company Konstantin Vartanov. 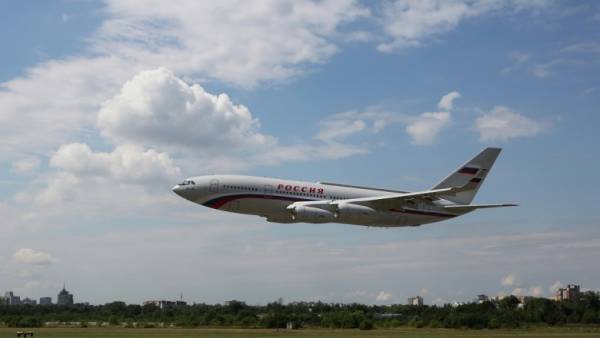 A criminal case of fraud (part 4 of article 159 of the criminal code) to 224-m squad took its production of the main investigation Department of the TFR. Initially, the fraud was dealt with investigatory management on transport. The first defendant in the case was the former Deputy Director of the enterprise Dmitry Novitsky, whose investigation at the request of the Meshchansky district court of Moscow was taken into custody. In addition to the standard arguments that Dmitry Novitsky does not intend to abscond and obstruct the investigation of the criminal case, the defense also focused on “illegal excitation of criminal case, the absence of a crime” where the damage is not even installed. However, to achieve a more lenient measure of restraint in the Moscow city court the defense has failed.

Meanwhile, according to sources, “Kommersant”, the investigation revealed that from 2010 to 2015 guide 224 flight detachment committed a theft of funds of JSC “Rosoboronexport”, devoted to the organization of air transportations and transport-forwarding service of cargoes. The basis for the preliminary investigation, and its results and the criminal case was the statement by the JSC, which revealed fraud on the part of their partner.

The Kommersant source in the defense Ministry, a subsidiary of which is the 224th flight detachment, argues that another defendant in the case is allegedly the former head of Dmitry Novitsky Constantine Vartanov. His office together with the Deputy he lost in 2016 in connection with the identified in the order violations, and which formed then, in a criminal case. According to some, we are talking about the multiple overpricing provided by the “Rosoboronexport” “logistics services”. In particular, the detachment was engaged in the carriage of goods for military and dual-purpose Vietnam, Syria, Algeria, Ethiopia, Cambodia and other countries.

The overpricing was supposedly through the use of intermediary firms, which were controlled by the former top management of the 224-th flight unit. Received from Rosoboronexport money, according to Kommersant’s source, derived from its accounts in a number of middle Eastern banks. In the TFR to comment on the progress of the investigation refused.

Measure Konstantin Vartanova, which is out of sight of law enforcement bodies disappeared after the start of the investigation until he was elected. Note that in July 2015 Constantine Vartanov was brought to administrative responsibility for the fact that his squadron provided services for the training of aviation specialists, not having the license for educational activity.

Then the world court has appointed to Konstantin Vartanova a fine of 30 thousand rubles. According to the data SPARK, in the same 2015 revenue 224 flight detachment amounted to about 2 billion rubles., net profit — 42 million rubles.

224th flight unit was founded in 1979. He, in particular, provided the movement of cargo and personnel during the war in Afghanistan. At that time the pilots were formally assigned to the Ministry of civil aviation. In 1993, there was a reorganization: the order of the President of Russia 224th flight detachment were converted for air transport on the instructions of the head of state, and various state agencies, including began to engage in the transportation of motorcades of the first persons of the country. However, significant activity remained in commercial operations, which were then to Supplement the budget of the air force. Now the squad uses the Il-76MD and An-124−100 from the composition of several military transport aviation regiments based at aerodromes in the European part of Russia.

Interestingly, the office of the company is located in Sokolniki Park, just steps away from the SIZO “Matrosskaya Tishina”.

Perhaps this circumstance was the reason that the defendant Nowicki first identified in jail “Bear”, and then, when he not pleaded guilty and refused to cooperate with the investigation, was sent to less than comfortable “Prison”.

Lawyer Dmitry Nowicki declined to comment, citing the lack of consent of the principal.

In the “Rosoboronexport”, which is the injured party in the case, from comments have refrained.

“Directly it does not concern, therefore, interested in the fate of their predecessors, I do not see sense” — said in turn, “b” the current CEO 224 flight detachment Vladimir Mihelcic, confirmed that the group carried out the seizure of documents.