ROSTOV-ON-DON, 31 Jan — RIA Novosti, Yulia Nikulina. The number of victims in road accident with bus in the Rostov region has increased to 14 people, four were killed, told RIA Novosti the representative gumvd of Russia on area. 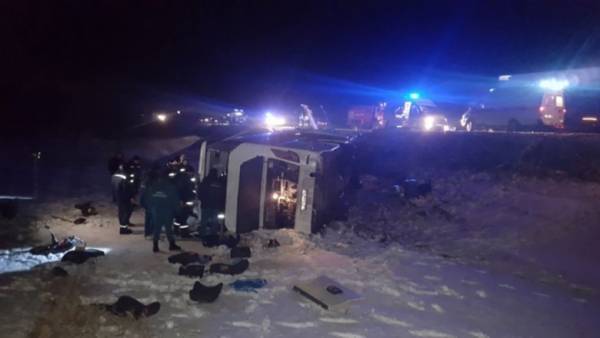 Earlier it was reported about 13 injured and four dead.

“According to the latest data, the accident injured 14 people,” — said the Agency interlocutor. Four people were killed, including a child.

On Wednesday at around 04.00 on 318-m kilometre of the highway M-21 in Belaya Kalitva district of Rostov region an accident with participation of the trip bus of King Long. The bus was traveling on a route Saratov-Rostov. Is pre-investigation checks. According to the interior Ministry, the accident occurred in icy conditions.

Source: EMERCOM of Russia in the Rostov region

Source: EMERCOM of Russia in the Rostov region