Society needs to protect itself against “some destructive forces” on the Internet, said President Vladimir Putin on Tuesday at a meeting with the Trustees. 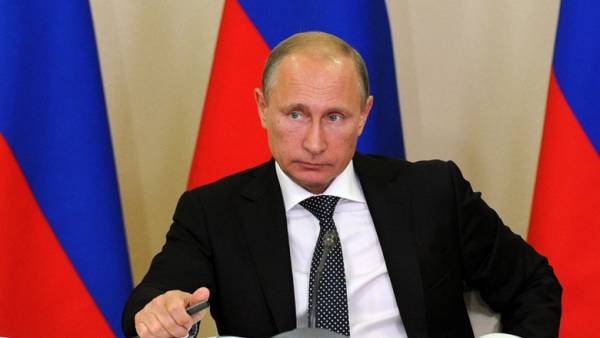 “The anonymity of the Internet, on the one hand, good for democracy, but there is a problem — it’s unclear who these “nicknames” hides”, — Putin said. According to Putin, who is running for a fourth presidential term, users now fear nothing.

At the same time, Putin did not rule out the introduction of new restrictions on the Internet after the attacks of students on their classmates in several Russian cities. “Sitting, watching, in the United States, then we have the crimes were committed. Moreover, without any basis,” Putin said.

“This does not mean that we need to introduce some draconian measures,” said Putin, adding that “society should have control over such restrictions.” What restrictions are planned, Putin said, “But the public should have the right to defend themselves. Self-defense must grow out of the public consciousness: [the tragedy at the school] — think about your children”.