In Egypt, met the tallest man and smallest woman in the world

MOSCOW, 30 Jul — RIA Novosti. Two of the defendants in the Guinness Book of records met at the Egyptian pyramids at the invitation of the Council of Egypt for tourism, reports the newspaper Metro. 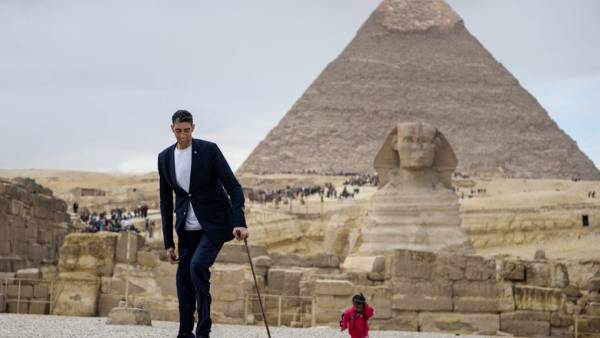 Thirty-five year old farmer from the Turkish Sultan Kesen is considered to be the tallest man in the world: its growth is 251 cm. The “giant” made up of AMCA Jyoti from India, recognized by Guinness World Records smallest woman in the world for the growth of 62 cm. Champions participated in a photo shoot to attract tourists to the Egyptian sights.

It is noted that growth Cesena is associated with the pituitary tumor. Because of the disease his body is producing too much growth hormone.

Twenty-four resident of India suffering from achondroplasia — a hereditary disease resulting in dwarfism due to underdevelopment of the bones. A girl in films and participates in a reality show. In her role in the TV series “American horror story”.