Association of companies the Internet-trade (AKIT) developed the concept of regulation in Russia mobile devices by IMEI numbers, the introduction of which had previously been discussed in the Federation Council. AKITA offers to make a black list and block stolen or illegally imported smartphones and tablets. To combat the grey imports offer to oblige purchasers to register imported devices: will be free to bring not more than one year, the second will have to pay $20, and for each subsequent — $30. The grey segment is particularly common among Chinese smartphone, where it can reach 10%, evaluate distributors. 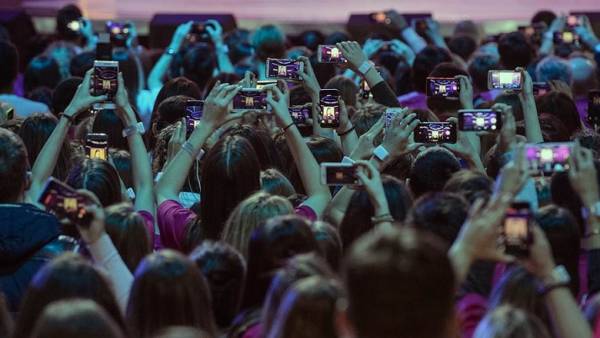 AKITA has developed the concept of regulation of the market of mobile devices based on IMEI number (there is a “b”). The document sent to the Chairman of the interim Commission of the Federation Council on the development of the information society Lyudmila Lateral and Minister for Open government Mikhail Abyzov, said AKITA. The representative Ludmila Side said that with the proposals the Senator had not yet read. The Secretariat of the “Open government”, “b” is not answered.

I think that nothing bad will is that we any user will know what is IMEI what IMEI it and why it is unique and important to him.Ludmila Bachovchin of the Federation Council

Regulation of the turnover of mobile devices via IMEI code (to include mobile phones, tablets, routers and alarm systems that have a SIM card) was discussed by the Commission Ludmila Side in July 2017. As reported by “Kommersant”, it was proposed to prohibit the sale in Russia of devices without IMEI and to consider the creation of a register of such codes. In September 2017, “Kommersant” reported that the Federal communications Agency is exploring the possibility of establishing such a registry on the basis of the subordinate of the Central research Institute of communications.

AKITA proposes to establish information system of monitoring IMEI-code, which will include the national register — a single database of identifiers, separated into white, grey and black lists.

The composition of the white list it is proposed to include codes that are allowed for import and use in gray will be non-unique IMEI temporarily banned and will be black banned by the IMEI of stolen or illegally imported devices. AKITA recommends to block the device from the blacklist. The gray list is needed to solve the problem of duplication of IMEI number: in order to make a device with a non-unique number in the white list, the user will have to present in the office of the operator evidence of its legal purchase. The registry is proposed to form on the basis of data of mobile operators, importers and customers. It must be synchronized with the global IMEI database of the GSM Association.

When importing devices for personal use, subscribers are invited to register them in the registry.

We will apply a quota for duty-free import of a maximum of one device per year. When importing the second device with the subscriber proposes to charge a fee of $20, and each subsequent — $30. Without documents confirming legality of import, the fee will be $40.

AKITA offers a transition period of up to three years for the gradual implementation of the system. Currently, the share of devices with duplicate or missing IMEI-codes in Russia does not exceed 15%, that is 10 million, I believe in AKITA. The introduction of regulation in helping to combat illegal importation and trafficking of counterfeit mobile devices, we are convinced of the Association.

In Rossvyaz consider the basic provisions of the concept of AKITA are “correct and justified”. The concept of a national registry containing white, gray and black lists, widely used in the world and is showing positive results, said the Agency. “But for the correct implementation of the system requires a deeper study of all market players”, — said in Rossvyaz. While the proposal AKITA with manufacturers of mobile equipment was not discussed, thus, to Express the position of the industry the document does not need, said the representative of the Association of manufacturers of consumer electronic and computer equipment Anton Guskov.

The issue of grey imports is relevant mostly for Chinese brands — for example, DJI, Meizu, VIVO, Xiaomi, according to the company “marvel-distribution”. In her estimation, the grey import of such devices in Russia is about 10% of the market. “But some Chinese brands in certain moments of grey imports may reach 50%, especially in the initial period of official work in the market”, — said the Director of the Department “Mobile communications” of Paul Packs. For distributors it’s a problem: the Federal network can refuse to put on the shelf the goods of those brands that you can buy on Aliexpress and other Chinese online marketplaces.

“VimpelCom” (part Veon) believe that from the point of view of quality of context, the initiative to regulate IMEI useful. “This approach is used by regulators in other countries of presence Veon, but its implementation should take place gradually, without the stress for the market”, — noted in a press-service of the operator. In “the Megaphone” still studying the document. In Tele2 fear that the challenge to the IMEI database could be their mass reproduction on the market. In MTS, Huawei and Samsung declined to comment, the Ministry of communications to request not answered.