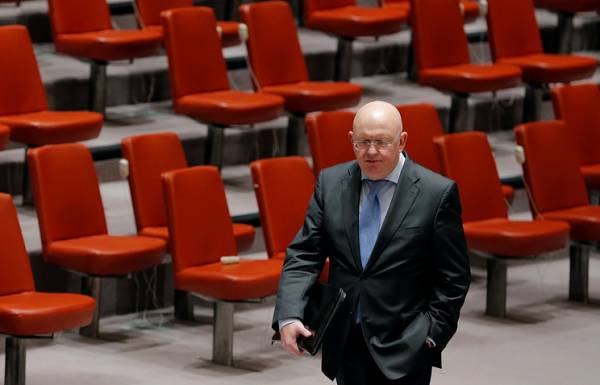 UN, January 25. /TASS/. Syria managed to maintain as a sovereign state and close to begin a peaceful settlement of the conflict under UN auspices. This was stated on Thursday, Russia’s permanent representative to the UN, Vasily Nebenzia at the meeting of the Security Council.

“In Syria by the decisive role of Air and space forces of Russia the country has been cleared by government forces from militants of the terrorist group ISIS (“Islamic state” banned in Russia – approx. TASS). Managed to keep Syria as a sovereign state, to create conditions for the return of refugees and internally displaced persons, close to begin a political settlement of the crisis under the auspices of the UN,” he said.

According to him, the conflict settlement will contribute to the Congress of the Syrian national dialogue in Sochi on 29-30 January. As reported nebesa, Moscow hopes that the forum “will give a new impetus to the Geneva process”. He expressed the hope that after the meeting in Sochi in the framework of the Geneva format was “the agreements reached on constitutional reform and elections under the auspices of the UN.”