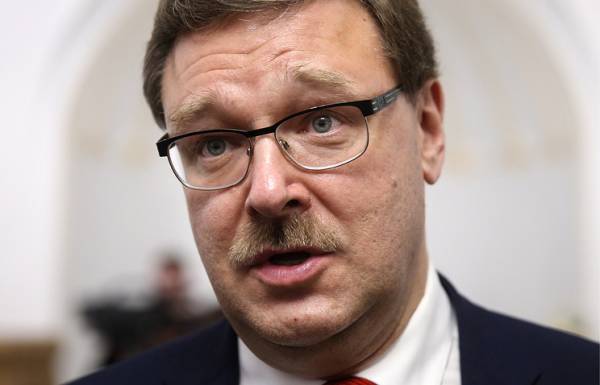 MOSCOW, January 26. /TASS./ The head of the Federation Council Committee on international Affairs Konstantin Kosachev described the statement by the British defense Minister Gavin Williamson that Russia was allegedly preparing to destroy the infrastructure of the Kingdom, as unfair and dirty politics. This opinion he expressed in an interview with TASS on Friday.