Future American sanctions — one of the main topics that discuss Russian participants of the Davos forum. Talked about this at the session devoted to Russia, and on the sidelines of the forum. 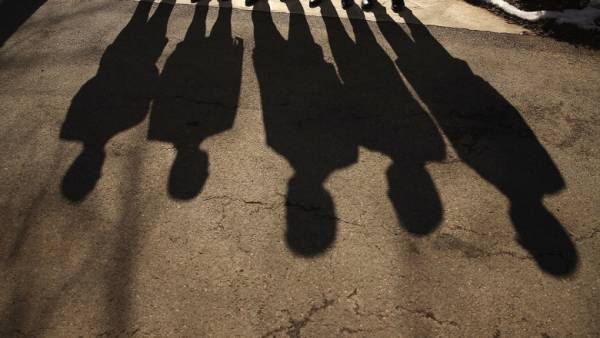 Before the publication of the “blacklist” of high-ranking Russian officials and businessmen close to the leadership of the country, less than a week.

Until 29 January us Treasury must submit to Congress a report on “major foreign policy figures and oligarchs” and their relations with Vladimir Putin and members of the “Russian ruling elite”. So according to the law “On counteraction to opponents of the United States through sanctions” (CAATS).

“Many here [in Davos] ask if I’m afraid to get into the sanctions list, but I don’t understand what could be the reasons, — says CEO of “SIBUR” Dmitry Konov, the participant of the Davos forum. I am the Manager neftekhimicheskojj the company is not associated with the Ukrainian conflict or the “Russian hackers””. But on the other hand, we do not fully understand the logic by which these lists are drawn up, he said to Vedomosti. “The new sanctions — a topic of great speculation and zero knowledge — I’m not ready to comment on them,” says the Chairman of the Board “RUSNANO” Anatoly Chubais. He is not going to take any steps to avoid them. “Moreover, there are no assets in the United States I have no and never has been,” said he, “Vedomosti”. And the owner of group “Renova” Victor Vekselberg and is told that the sanctions on the meetings main topic: “There are many meetings, and with rare exceptions, virtually no one emphasizes the business a more pragmatic and realistic.” Another look at the basic owner “Severstal” Alexey Mordashov: sanctions are bad for the business climate because increase anxiety, uncertainty. “And we have so many risks associated with new technologies, and geopolitics,” he told the session on “Strategic perspectives of Russia”.

Unofficially, the business is less optimistic. At the end of the year there were a lot of nerves, interlocutors of “sheets”, but now all exhaled a bit. Just tired to be afraid of, says one of the participants.

And now many are worried, but active operations have not, said a top Manager of a major Bank. Some first tried to do something, but it is clear that all actions are useless for those who fell under the radar.

In the preliminary lists several dozen people, another part is still pending, said one of the interlocutors “Vedomosti”. His colleague had also heard about it, though, who are these people he did not know. Until now, publicly stated only two possible contenders for inclusion on the list of the Ministry of Finance. So, us senators asked the administration of President Donald trump to pay attention to the Prosecutor General of Russia Yuri Chaika and businessman Alisher Usmanov in the preparation of the report close to the Kremlin the Russians. “In the list depending on who [the American leadership] you believe can be switched from 40 to 400 people. I think it will be more serious defendants (whose ties with the Kremlin and help him in influence abroad, including the U.S. elections are clearly visible) and shorter,” said the forum President of the Atlantic Council Frederick Kempe.

Against people from the list instantly the sanctions imposed will not, says partner at Debevoise & Plimpton LLP Alan Kartashkin. But people from it, their relatives and business partners, will attention, says the partner at Nektorov Saveliev & Partners Ilya Rachkov. Problems can occur when opening accounts, closing deals, these people can begin to perceive as toxic, he said.

Perhaps, after the publication of the list will be a law that will oblige the administration of the President of the United States under certain conditions to impose on the people of his sanction, says Kartashkin.

Business to the appearance of their names in the list prepared, says tax consultant for a large company. “Some have already begun to curtail business, behave as if they are already in the list, ahead of the curve,” said the head of the Department of international sanctions, PwC Daniel Tennenbaum (quoted by Bloomberg). Many are shifting from foreign jurisdictions, their assets, said tax adviser.

All the conditions for that are created by the Russian government: in 2018 will be held a capital Amnesty and legalizing capital, businesses will be able to return it to Russia without paying taxes.

Those who will take advantage of the offer of the state, officials are ready to offer more financial tools — Eurobonds. Conditions and then the most beneficial: the taxes on income from exchange rate difference at the time of purchase and sale the state is not going to take.

In Davos came up with an alternative to GDP. Now who’s the world leader?The index of inclusive development need to show how deceptive may look like success, measured only by the production capacity of the state.