The head of the British General staff recognized the advantage of the Russian army, writing, media

MOSCOW, 22 Jan — RIA Novosti. The UK armed forces behind the Russian army. This is stated in the text of the speech of the British chief of the General staff nick Carter, which will be held on Monday, writes The Telegraph. 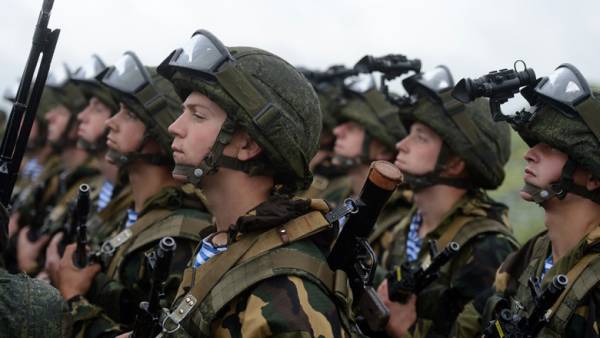 Carter, in his speech stressed the serious threat that, in his opinion, are the Russian cruise missile, was successfully applied in Syria (obviously, we are talking about “Caliber” — ed). In London there was no protection, says the head of the General staff.

General notes with regret the decrease in spending on military research and believes that in recent years, Moscow managed to demonstrate military capabilities with which Britain can hardly match.

In addition, the edition with reference to sources wrote that the British senior military are concerned about the dominance of Russia in the field artillery, electronic warfare and computer technologies.

Earlier, the Ministry of defense of the United States in its new strategy called rivalry with Russia and China is a key priority and required additional investments for strategic confrontation between these countries. The Pentagon believes that Moscow and Beijing represent a threat to the security and prosperity of the United States.