The foster mother hospitalized, two children and their step-father was not injured. 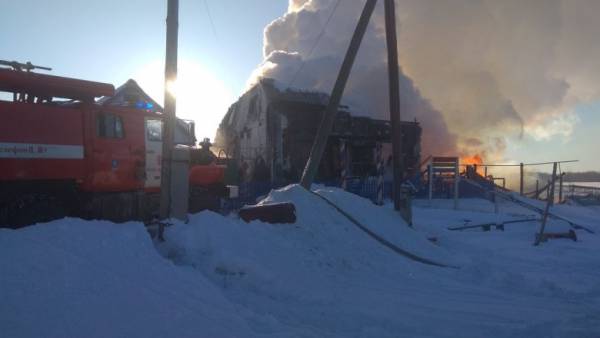 MOSCOW, January 22. /TASS/. Investigators opened a criminal case upon a fire in a private house in Omsk region, which killed five foster children. This was reported in the press service of the Investigative Committee of the Russian Federation.

“Today at about 13:00 MSK in the village of sedel’nikovo Omsk region caught fire two storey private house, during a fire killed five children. On the given fact criminal case under part 3 of article 109 of the criminal code (“Causing death on imprudence to two and more persons”)”, — reported in the UK.

At the scene, investigators and criminologists. According to preliminary data, in the burnt house lived a family with seven adopted children, five of whom were sisters aged 6 and 10 years, their 16-year-old brother, and girls 11 and 18 years — died. The foster mother of the children hospitalized. Two children and their step-father was not injured.

Presumably, the reason for the extensive fire could be cotton air-gas mixture. More accurately the cause of the fire will be announced after the completion of the scene examination and obtaining the opinion of fire-technical examination.

The investigators will also establish the conditions in which children lived. As part of the investigation will be given a legal assessment of the actions of the couple, as well as actions or inaction of bodies of guardianship and guardianship, the control of which is family.

According to the source TASS in the emergency services, the fire occurred on an area of 120 square meters in the explosion of a gas cylinder. The fire collapsed the roof and ceiling.