The newest warship of the U.S. Navy USS Little Rock during the first campaign failed to return to base to Florida because it got stuck in ice off the coast of Canada after a record-breaking frost. 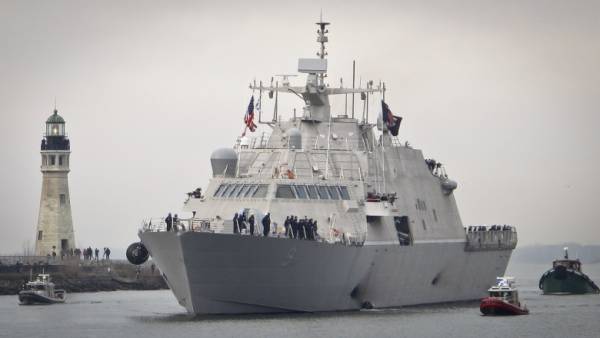 The ship sailed from Buffalo on December 20. Making a stop in Montreal, the ship was supposed to go to Halifax, but on the way frozen into the ice. In the port of Montreal was not a sufficient number of tugs to rescue the stuck ship, informs “RIA Novosti”.

“The temperature in Montreal and the surrounding area is lower than usual, it is close to the historical record for the December cold weather,” — said the representative of the Department of the Navy public Affairs Courtney Hillson.

Ship Little Rock belongs to the class of Freedom and are designed to patrol coastal waters. The U.S. command planned to use it in shallow waters around the Pacific rim.

The ship is designed to defeat mines, the destruction of low-speed submarines and surface ships. The crew of 50 people or 75 during a combat mission.