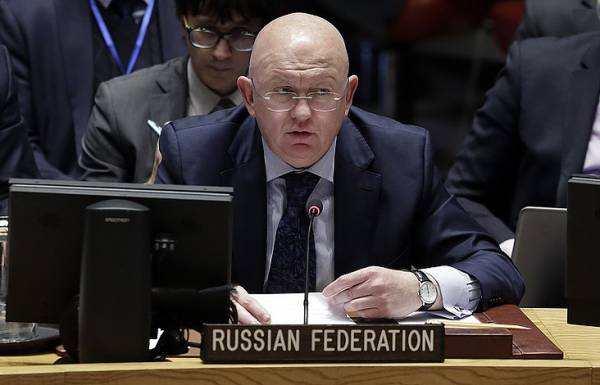 UN, January 19. /TASS/. Russia will not consider any lawful arrangement “in the narrow format” on the investigation of chemical attacks in Syria in circumvention of the UN Security Council. This was stated on January 18, Russia’s permanent representative to the UN, Vasily Nebenzia at the security Council meeting on non-proliferation of nuclear weapons.

He responded to criticism of Russia heard from the lips of representatives of great Britain and the United States. They laid on Moscow responsibility for the termination of the Joint UN and the Organisation for the prohibition of chemical weapons (BCW), who studied cases of use of toxic substances in the course of the conflict in Syria.